Seth Moulton Leaves the Race...With a Warning for His Leftist Opponents 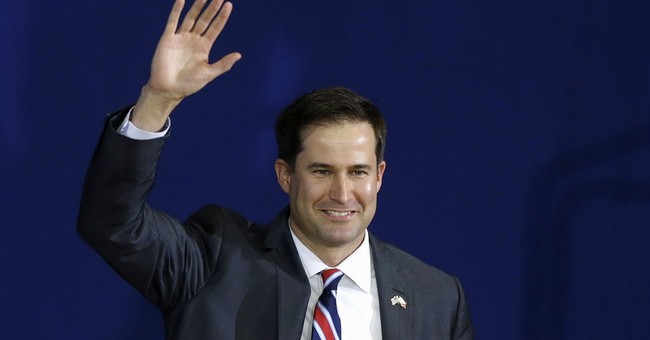 Massachusetts Rep. Seth Moulton is the fourth Democrat to drop out of the 2020 presidential race. And he didn't do it quietly. His swan song was complete with a warning for his former opponents who are tilting too far left for a general election.

“I think it’s evident that this is now a three-way race between Biden, Warren and Sanders, and really it’s a debate about how far left the party should go,” he warned in a New York Times interview.

Moulton issued a similar warning back in May when he regretted, "there are elements of our party that are going too far toward socialism."

A few frontrunners like Sens. Kamala Harris and Bernie Sanders have promoted Medicare for All, which would kick Americans off their private insurance plans, while others have called for lax immigration policies, like Julián Castro's idea to turn illegal border crossings into a civil offense.

Still, the more liberal candidates teetering near socialism gained in the polls, while Moulton's message never caught fire. He failed to make either DNC debate this summer, despite the relaxed requirements. For the second round of debates, he only needed to register 1 percent support in three polls approved by the DNC or have 65,000 unique campaign donors, with a minimum of 200 donors per state in at least 20 states.

When he didn't meet those thresholds, he made a desperate appeal to the party leadership. Some of the polls he factored in "were more highly rated or more accurate over time than some polls that counted," he argued in a letter to DNC Chairman Tom Perez.

Having now given up his presidential ambitions, Moulton plans to relaunch his veterans PAC, Serve America.

Moulton's exit helps to narrow the field - sort of. There are still 21 other Democrats vying for the nomination. The next Democratic debates are Sept. 12-13 in Houston. If fewer candidates meet the criteria, we may be looking at a one-night, instead of a two-night brawl.