Sherrod Brown: I 'Wrestled' With My Decision to Meet Trump in Ohio Today, But... 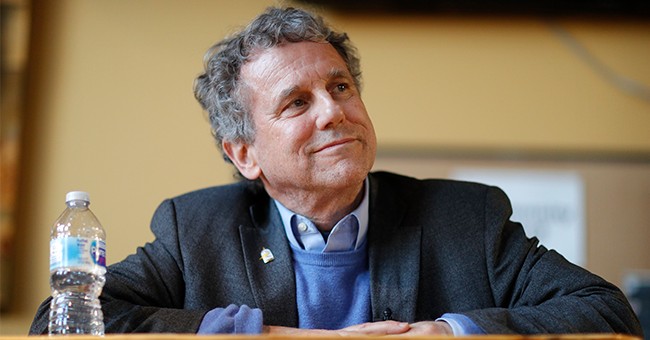 Like many Ohio Democrats in a leadership position, Sen. Sherrod Brown "wrestled" with his decision to meet President Trump when he visits the grieving community of Dayton on Wednesday. But, he concluded it's his duty to meet the president face-to-face so he can confront him about his rhetoric. Brown shared a list of items he plans to bring up with the president, including the need to reconvene Congress and vote on gun control.

I wrestled with the right thing to do when Trump visits Dayton today. I decided I have a responsibility to look him in the eye and urge him to do the right thing. pic.twitter.com/OpMtDNheiO

He quickly changed his mind because, just yesterday, Brown declared he would not meet with Trump “because of what he’s done on this, total unwillingness to address the issue of guns, his racist rhetoric.”

Dayton Mayor Nan Whaley is also meeting with Trump, but with caveats. She plans to tell him how "unhelpful" he's been in the wake of the tragedies.

Politicians won't be the only ones getting Trump's attention today. He plans to meet with patients in a local hospital when he arrives in Dayton.

He'll also be greeted by protesters, something CNN would not let their viewers forget.

This is the chyron they’ve used all morning. What was that again about promoting unity? #dayton #elpaso pic.twitter.com/SagZkLdket

Nine people were killed by a gunman who claimed to be a "leftist" in Dayton on Sunday morning. The night prior, an assailant had murdered 20 people in El Paso, Texas. Two more individuals died from injuries on Monday, bringing the total number of victims to 31.