Another Tragedy for the Kennedy Family, RFK's Granddaughter Dies in Overdose 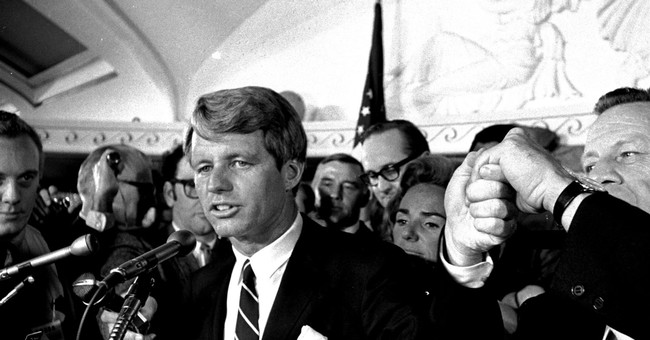 Saoirse Kennedy Hill, a granddaughter of Robert F. Kennedy, died on Thursday in an apparent overdose at the Kennedy Compound in Hyannis, Massachusetts, where RFK's widow Ethel Kennedy lives. She was only 22 years old.

“Our hearts are shattered by the loss of our beloved Saoirse,” the Kennedy family said in a statement. “Her life was filled with hope, promise and love.”

Hill, according to the New York Times, had been public about her battle with depression. She was enrolled at Boston College and planned to graduate next year.

Barnstable police and the Massachusetts State Police are still investigating the matter.

The Kennedy family has been plagued by tragedy for years, as several members of the political dynasty have died prematurely. President John F. Kennedy was assassinated during a parade in Dallas, Texas in 1963. In 1968, his brother, then-Senator Robert F. Kennedy, was shot and killed while campaigning for president. Their sister Kathleen Cavendish died in a plane crash in 1948. JFK's son, John F. Kennedy Jr., perished in a plane crash with his wife, Carolyn Jeanne Bessette-Kennedy, in 1999. There are unfortunately several more examples of freak accidents and untimely deaths, leaving many to speculate whether the Kennedys have a "family curse."

In the family statement on Friday mourning Saoirse, her grandmother Ethel Kennedy is quoted as saying, "The world is a little less beautiful today."