Broadway Star Labeled a 'Homophobe' for Smear Against Lindsey Graham 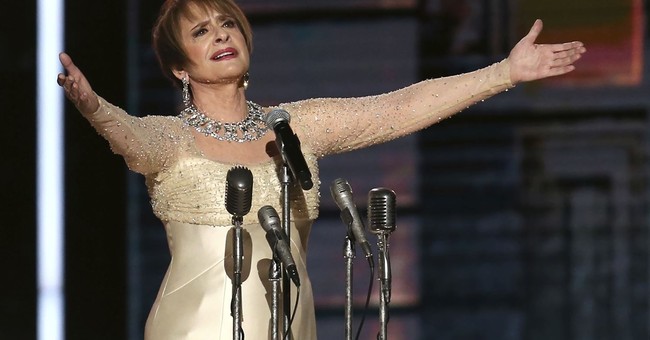 Broadway star and actress Patti Lupone is being labeled a "homophobe" after directing Sen. Lindsey Graham (R-SC) to come out of the closet on Thursday. Graham, who became a surprise conservative hero these past few years for befriending and defending President Trump, again took Trump's side in his feud against "the Squad" of four female progressive lawmakers.

After listening to the freshman representatives, particularly Rep. Ilhan Omar (D-MN), trash him and disparage America, Trump tweeted that perhaps they should "go back" to where they came from. For Omar, that would be Somalia. The president got bipartisan pushback for the "racist" message, but Sen. Graham saw nothing wrong with it. He even went further to call the female congresswomen "a bunch of communists."

It's my guess that it's those remarks from Graham that resulted in the following message from Lupone.

Lindsey Graham you are a disgrace. On a personal note, why don’t you just bite the bullet and come out. You might just come to your senses.

The singer got quite a few responses with people noting she can disagree with Graham's politics all she wants, but don't question his sexuality.

Wow and I thought the Hollywood elite were so tolerant and accepting....but nope, they’re homophobic hypocrites. Go figure.

Others observed a double standard.

The double standards at play here. Imagine a conservative tweeting this at Anderson Cooper. It would be national news.

Some conservatives, like Meghan McCain, have spoken out and told Sen. Graham they were disappointed in his choice of words. But Lupone got personal, and was rightfully shamed for it.

On a side note, Lupone's follow up tweet was directed at Sen. Rand Paul (R-KY). The senator was attacked by a neighbor in 2017, suffering from broken ribs and months of pain. Lupone took the neighbor's side.

Rand Paul, do us all a big favor. Don’t set foot in NYC. You too are a National disgrace. Maybe your neighbor had a point?