House Dem Rips AOC and Her Staff for Their 'Ignorance' 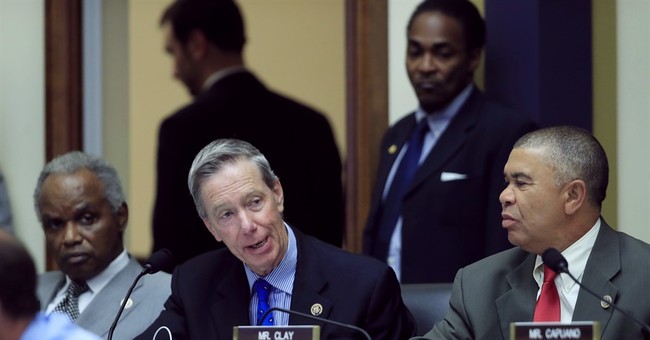 Ocasio-Cortez's distaste for Pelosi and other more "moderate" Democrats trickles down to her staff. Just look at what AOC's Chief of Staff Saikat Chakrabarti said in a (now-deleted) tweet.

"Instead of ‘fiscally conservative but socially liberal' let's call the New Democrats and Blue Dog Caucus the ‘New Southern Democrats. They certainly seem hell bent to do to black and brown people today what the old southern Democrats did in the 40s."

Rep. William Lacy Clay (D-MO) was appalled by the freshman lawmaker's accusations, and the opinions of her staff.

"It was such a weak argument to say she was being picked on and that four women of color were being picked on by the Speaker," he said on Fox News Thursday night. "It tells you the level of ignorance to American history on their part as to what we are as the Democratic Caucus."

He added that AOC's suggestion that Pelosi is racist was "inappropriate" and "unfair."

Pelosi herself reportedly responded to AOC's charge during a closed door meeting on Capitol Hill. She regretted that Ocasio-Cortez was airing her grievances on Twitter instead of meeting with her face-to-face.

"You got a complaint?" she reportedly asked. "You come and talk to me about it.  But do not tweet about our members and expect us to think that that is just ok."

According to Rep. Clay, these newbies in Congress have some "maturing" to do.

"They will have to learn to be effective legislators," he said.

The Democrats' civil war is in full swing.