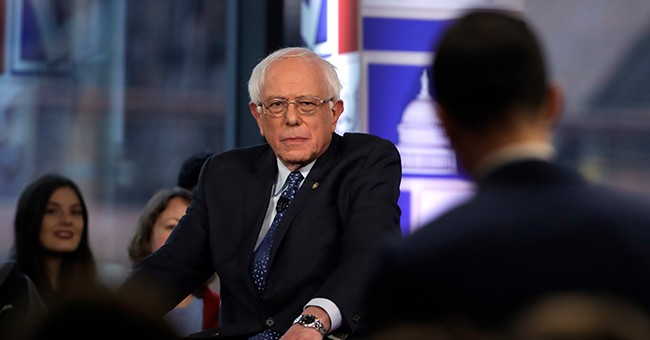 Former Vice President Joe Biden recently claimed to be the "most progressive" candidate in the 2020 Democratic field. No one was more surprised than his rival Sen. Bernie Sanders (I-VT). Sanders set the record straight this weekend, and while he politely noted he considers Biden a "friend," he wasn't against highlighting Biden's rather unprogressive record.

Watch the full interview this morning on @ThisWeekABC https://t.co/cqKWe5cyn9 pic.twitter.com/TNmQsehx09

"I think if you look at Joe’s record and you look at my record, I don’t think there’s much question about who’s more progressive," Sanders told ABC News on Sunday.

Most would probably agree that Biden is considered one of the more moderate Democrats in the race. Still, since announcing, Biden has been polling ahead of Sanders by double digits. All the former VP had to do was make his campaign official and he immediately became the frontrunner. A recent Harvard CAPS/Harris Poll gave Biden a 30-point lead over Sanders, the man who nearly bested Hillary Clinton in the 2016 Democratic primary.