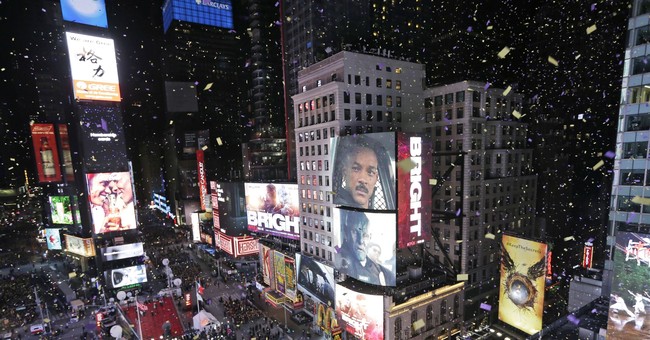 An Al Qaeda-linked suspect was arrested in 2009 after plotting an attack on the New York City subway on the eighth anniversary of September 11. The suspect, 33-year-old Najibullah Zazi, believed the U.S. was behind the 9/11 terror attack and we were using it as an excuse to invade Afghanistan. But, after years of "cooperation" with the U.S. in helping identify other terrorists, a judge reduced his sentencing to 10 years. He's already served 10 years, so he's about to walk free.

Thursday’s 10-year sentence — which, given his good behavior behind bars, means he will be sprung any day now — came at the urging of prosecutors, who cited his extensive cooperation in arguing that he deserved a break.

Brooklyn federal Judge Raymond Dearie agreed, letting Zazi off with little more than a tongue-lashing as he noted that the one-time jihadist had come to the US in 1999 as a 14-year-old refugee from Pakistan. (New York Post)

The suspect grew up in Pakistan and moved to Queens in 1999. He started watching Al Qaeda videos online in 2008 and traveled to Pakistan later that year to be recruited by the terror group. He had received explosives training in preparation to pull off the attack the following year on his return to the States. The FBI was on to him though and apprehended him before he executed his plan. While he had originally been given life in prison after pleading guilty, a recent ruling from Judge Dearie said the prisoner's "extraordinary" and "unprecedented" cooperation has won him his freedom.

“I have no doubt you saved a life,” Dearie said. “Your obvious intelligence served you well.”

Zazi “gave the government his full, complete cooperation,” according to court papers written by federal investigators.

Still, not everyone agrees that his "good behavior" should earn him his freedom.

An al-Qaeda terrorist that tried to bomb an NYC Subway may be released within days for “good behavior.”

Animals like him should rot in jail for life, not be given the opportunity to try again! https://t.co/aiv6BVcCTa

Other social media users called it "outrageous" and wondered how anyone could feel safe walking on the streets of New York after the news.

As the New York Post notes, Zazi will be "at least the third admitted New York City-based terrorist in the past year to be sentenced to zero or very little additional prison time in exchange for his cooperation." The two others are Bryant Neal Vinas, 34, and Zarein Ahmedzay, Zazi's co-conspirator.