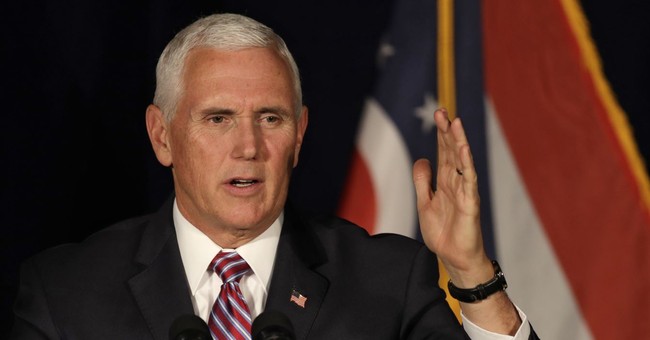 Vice President Mike Pence was picked as the upcoming commencement speaker for Taylor University, a small evangelical Christian school in Upland, Indiana. Pence was governor of Indiana from 2013 to 2017. Some students are in such an uproar that they've started a change.org petition to keep him from campus.

"Inviting Vice President Pence to Taylor University and giving him a coveted platform for his political views makes our alumni, faculty, staff and current students complicit in the Trump-Pence Administration's policies, which we believe are not consistent with the Christian ethic of love we hold dear," the author of the petition writes.

Some Taylor alum even went so far as to say they are "ashamed," "physically shaking," or feel "personally attacked."

Buttigieg, who is openly gay, has recently sparred with Pence over his religious beliefs, particularly over the idea that he is gay by "choice."

He went on to say that Pence's policies "hurt children."

Pence, for his part, has no clue where this criticism is coming from. He's known Buttigieg for years and the mayor "knows" he doesn't have a problem with him, Pence said.

As of now, the school does not plan to cancel Pence's invitation.