Foreign Affairs Chairman Refuses to Remove Omar From the Committee 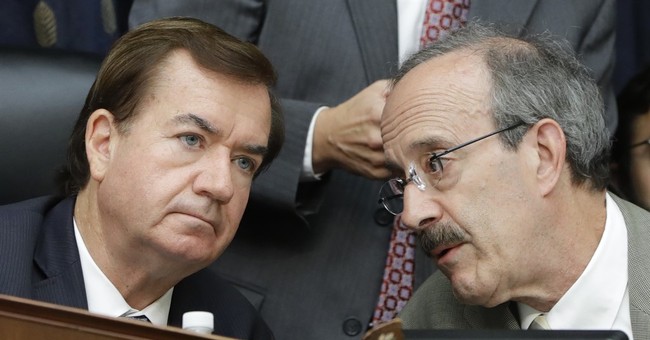 With Rep. Ilhan Omar's (D-MN) repeated anti-Semitic musings and lackluster "apologies," more than one lawmaker has wondered why she has a seat on the House Foreign Affairs Committee. At the very least, she needs to lose her spot on the panel, according to Republican leaders, and the president himself.

“Anti-Semitism has no place in the United States Congress,” Trump said last month. “And I think she should either resign from Congress or she should certainly resign from the House Foreign Affairs Committee.”

But, Foreign Affairs Chairman Eliot Engel (D-NY) is not budging. On Tuesday he maintained that he has no plans to remove Omar from the committee.

"First of all, it's not up to me," he explained. "This is done by the leadership. I don't know that that would do anything except exacerbate the situation even more. I'm looking to get rid of anti-Semitism, not looking to punish anybody.”

So far the most the Democratic leadership has managed is a strongly worded statement. The House had planned to vote on a resolution against anti-Semitism, but after Omar complained about being singled out, the vote was delayed, and the resolution is now expanded to include anti-Muslim bias.

Congressional Black Caucus Chair Karen Bass said her caucus is meeting about the resolution on Wednesday, insisting she too “absolutely would” have a problem if Omar is explicitly mentioned in the resolution.

CBC Chair Karen Bass says she “absolutely would have a problem” with the anti-Semitism resolution mentioning Dem MN Rep Omar by name. Thinks some anti-Muslim sentiment needs to be referred to in the resolution