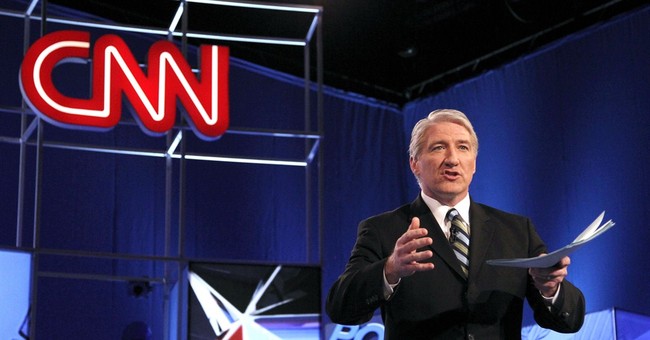 I reported Thursday on how Karen Pence's decision to teach art at a Christian school landed her in hot water with media and activist groups like the ACLU and the Human Rights Campaign. That's because the school has a "parent's agreement" that reads students and parents must abide by their Christian guidelines, guidelines that include how homosexuality is a sin.

Vice President Mike Pence defended his wife and said they'd "let the critics roll off their back." He had to add, however, that "to see major news organizations attacking Christian education, is deeply offensive to us."

On "Inside Politics" on Friday, CNN anchor John King noted that, like all Americans, the First Amendment "belongs" to the Pences. Yet, he added, the second family had to know that Mrs. Pence's new job would be "making a statement." His panel agreed with that suggestion, but not his next one.

King went on to question whether the second lady should keep her Secret Service protection during the government shutdown.

Olivier Knox, looking as dumbfounded as the other panelists, said he didn't think many people "would sign on to" the suggestion that Pence's First Amendment protections be "curtailed" in the wake of the shutdown.