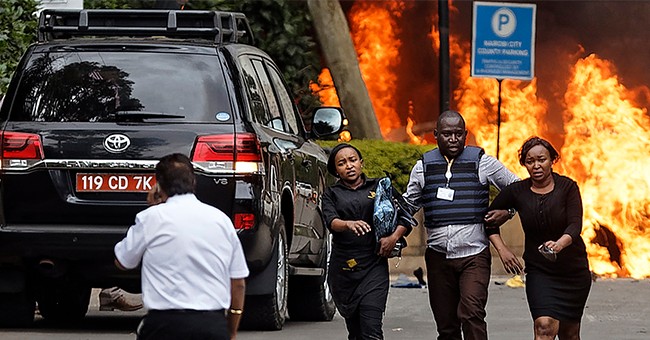 American businessman Jason Spindler was one of 14 people killed in a terror attack at the Dusit hotel in Nairobi on Tuesday. Al-Shabaab, a Somalia-based extremist group tied to al Qaeda, claimed responsibility for the attack. Authorities said the terrorists had been "eliminated."

Incredibly, Spindler was a survivor of the September 11 terror attack on the World Trade Center in New York City, where he lived and worked at the time. His office building, Building 7, collapsed after one of the hijacked planes struck the North Tower. Yet, he managed to escape. Spindler then joined the Peace Corps, before helping found and run an investment firm in Nairobi. He was reportedly having lunch in the Kenyan capital on Tuesday when the terrorists stormed the hotel.

His friends and family shared their tributes of him.

“It’s with a heavy heart that I announce that my brother, Jason Spindler, passed away this morning during a terror attack in Nairobi,” his brother Jonathan wrote on Facebook. “Jason was a survivor of 9/11 and a fighter. I am sure he gave them hell.”

Jason Spindler was one of those rare men who was loved by pretty much anyone be touched in Kenya and around the world. Today he was killed in the terrible al shabab attack in Nairobi. He chose a life of hope and inclusion. I am grateful to have known and learned from him. pic.twitter.com/B4YnxB6bic

Spindler was killed on his 41st birthday.

After the carnage, President Uhuru Kenyatta assured citizens that "all the terrorists have been eliminated" and that it was safe to "go back to work without fear."