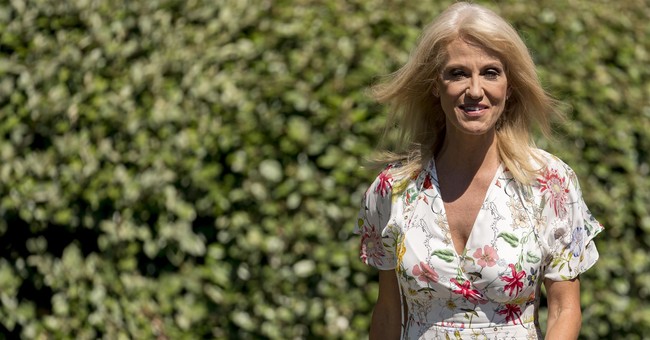 An anti-Semitic madman opened fire in Pittsburgh's Tree of Life synagogue over the weekend and killed 11 people. A 97-year-old woman, a husband and wife, and a pair of brothers were among the dead. The massacre is now the deadliest attack against Jews in U.S. history.

The gunman reportedly told police he "just wants to kill Jews." Clearly, he was driven by an insane hatred. Others, however, say he was driven by President Trump. Critics insist that Trump's rhetoric is inciting the anti-Semitism that has swept this country. A group of progressive Jewish leaders are so convinced that Trump deserves blame that they are boycotting his visit to Pittsburgh until he properly condemns white nationalism. He received similar criticism following the deadly white supremacist rally in Charlottesville, VA last year.

White House Senior Adviser Kellyanne Conway said that is a false narrative and that President Trump and his mouth are not to blame for these heinous hate crimes. On "Fox & Friends," she suggested that the violence is the result of "anti-religiosity."

Kellyanne Conway suggests that “the late-night comedians” and “the unfunny people on TV shows” are responsible for the deadliest anti-Semitic massacre in American history. pic.twitter.com/h4n86dpSs4

Critics are astounded the White House refuses to acknowledge a connection.

Kellyanne Conway blaming an anti-Semitic massacre on people who think anti-discrimination laws should be enforced is a level of evil that is shocking even from this White House. https://t.co/0amr83vWqB

The Pittsburgh synagogue shooter was motivated by a hateful conspiracy theory pushed by Trump, and no string of words put together by Kellyanne Conway will change that https://t.co/Ws7yDeZNa5

Guy wrote a very thoughtful, common sense piece about why Trump is not to blame for the actions of a crazy person. But, the media continue to connect the president to the Pittsburgh tragedy, as well as last week's suspicious package terror. They keep reminding audiences that the sender of the dangerous devices is a Trump supporter.