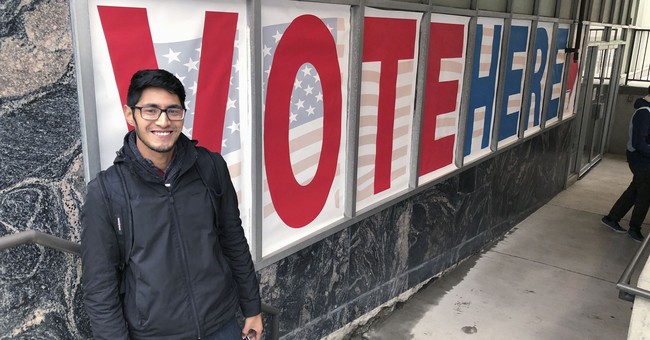 Minnesota Democratic-Farmer-Labor Party spokesman William Davis was suspended for one week after joking that Republicans should be sent to the guillotine after the midterm elections. Davis said it was just an inside joke, but other Minnesota Democrats have been under the impression lately that it's okay to harass Republican politicians.

The suspension came days after Minnesota state representative Sarah Anderson was punched in the arm after spotting a man destroying Republican yard signs. She said the attack left her scared, and her attacker only desisted when she fled to her car and threw it in reverse.

"It was just insane. He was charging at me, saying, ‘Why don't you go kill yourself?'" Anderson told the Washington Free Beacon. "To have someone physically coming after you and attacking you is just disheartening."

Mekeland, meanwhile, was "sucker punched" at a restaurant and suffered a concussion. The attack was so severe it forced Mekeland to house arrest.

The alleged assaults have both candidates weighing changes in their approach to campaigning in closing days of the race. Mekeland was unable to leave the house to knock on doors due to his sensitivity to sunlight on Tuesday. He said he and his volunteers will only travel in pairs for the rest of the campaign to ensure they are not alone during such visits, which will limit the ground they cover. Anderson said she has gotten offers from her husband and other volunteers to escort her around the district. She pledged to keep knocking on doors until Election Day.

With this context, still the best the Minnesota Democratic-Farmer-Labor Party has managed is a one-week suspension for Davis's insensitive remark that some see as inciting violence.

"He's a political staffer so you'd think if anybody should know boundaries, I think that'd be it," Mekeland said.

It appears there are no boundaries when it comes to harassing Republicans, and not just in Minnesota. White House Press Secretary Sarah Huckabee Sanders was chased out of a restaurant in Virginia, Sen. Ted Cruz (R-TX) experienced the same treatment in Washington, D.C., and senators like Susan Collins (R-ME) are receiving death threats for voting for Justice Brett Kavanaugh.

Perhaps Democratic leaders need to do a better job speaking out against the violence on its own side. A few have started the trend. Former First Lady Michelle Obama chided Eric Holder for telling Democrats to "kick" Republicans, and Cruz challenger Beto O'Rourke defended the incumbent's right to have a peaceful night out with his family.

It'd be nice to hear more of that.