'These Robes Make Me Human': Manafort Judge Apologizes to Prosecutors for Behavior 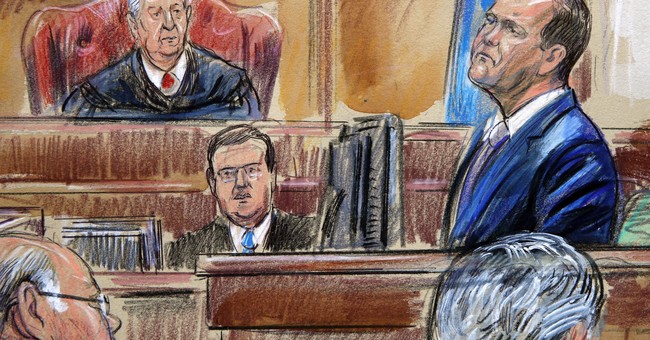 U.S. District Judge T.S. Ellis III regrets how he's treated special counsel Robert Mueller's prosecutors throughout the trial of former Trump campaign chairman Paul Manafort. Manafort is charged with money laundering and conspiracy. For the past few days, Ellis has rebuked the prosecution on several occasions. When the latter tried to display examples of Manafort's lavish purchases, Ellis quipped that it's not a crime to be rich. He also refused to let them ask Manafort's former business associate Rick Gates about his reported extramarital affairs.

The courtroom could feel the tension between the judge and prosecution, especially during embarrassing exchanges like this.

Crazy exchange between the judge in the Manafort trial and a prosecutor on Mueller's team: https://t.co/uLOYm75ePo pic.twitter.com/sevrEEwxKm

Ellis also criticized the prosecution for having one of their witnesses, IRS revenue agent Michael Welch, in the room to hear other witness testimony. That's when they reminded the judge that they had already discussed this and thought he had given Welch permission to sit in on testimony.

The New York Times even observed that at times it was as if Ellis had "picked up the defense team’s argument."

The prosecutors demanded an apology for the "prejudiced" tongue-lashing - and on Thursday they got one.

"The court’s sharp reprimand of government counsel in front of the jury on August 8 was therefore erroneous," the prosecutors said in their motion.  "And, while mistakes are a natural part of the trial process, the mistake here prejudiced the government by conveying to the jury that the government had acted improperly and had violated court rules or procedures."

"Put aside any criticism," Ellis said at the trial proceedings Thursday morning. "I was probably wrong in that. This robe doesn't make me anything other than human."

It's unclear whether Ellis was only apologizing for the mixup with the IRS agent.