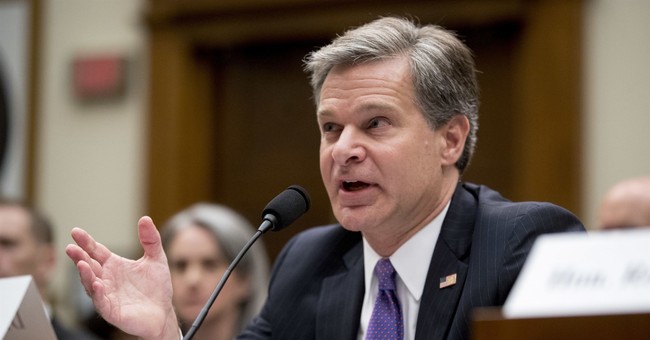 "Our democracy is in the crosshairs," said Homeland Security Secretary Kirstjen Nielsen. Russian actors are "seeking to undermine our way of life."

Director of National Intelligence Dan Coats agreed, although he did note that the interference they're seeing ahead of the 2018 is not yet as "robust" as it was during the 2016 presidential election.

We know that through the decades Russia "has used propaganda to sow discord in America." They seriously stepped up their game though in 2016, Coats explained.

DNI director Dan Coats asserts Russian meddling is ongoing during midterm elections: "We continue to see a pervasive messaging campaign by Russia to try to weaken, and divide the United States." https://t.co/XjDCDUQn6Z pic.twitter.com/fqZyVAPNPw

These agencies are not only recognizing the threat, but are taking concrete steps to end the interference. All 50 states have partnered with the DHS to bolster nations’ election infrastructure, Nielsen explained. They are also reinforcing sanctions.

FBI Director Christopher Wray agreed that progress is being made. He established a task force to “root out” the influence operations trying to suppress voting, manipulating news stories and spread misinformation.

That effort includes three pillars: 1) investigations and operations; 2) information and intelligence sharing, working with international partners to combat threats; and 3) establish strong relationships with the private sector, providing actionable intelligence to technology companies, and meeting with top social media executives "so they can better monitor their own platforms." They have also offered them classified briefings, specific threat indicators and account information.

NSA Director Paul Nakasone added that his agency is also taking actions against Russian actors. Individuals are well trained and ready for those confidential operations, into which he could not go into details.

National Security Advisor John Bolton said President Trump has been very involved in the process to protect our elections.

Trump has taken "decisive actions to heighten the security" of our election systems, Bolton said. "The president has made it clear that he cares deeply about it and he expects them to do their job."

These agencies will continue to be on high alert because "this threat is not going away," said Director Wray.

FBI Director Wray: "This threat is not going away. As I have said consistently, Russia attempted to interfere with the last election and continues to engage in malign influence operations to this day. This is a threat we need to take extremely seriously." pic.twitter.com/oF7s4Bng5i