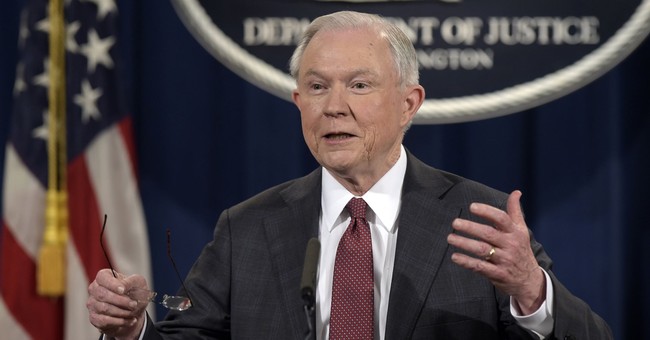 On Monday, Attorney General Jeff Sessions made the decision to end the practice of allowing individuals to seek asylum in the United States based on domestic abuse or gang violence. Those asylum claims are a bit too broad, he reasoned.

“When private actors inflict violence based on a personal relationship with a victim, then the victim’s membership in a larger group may well not be ‘one central reason’ for the abuse,” Sessions wrote.

“The prototypical refugee flees her home country because the government has persecuted her,” Sessions wrote. “An alien may suffer threats and violence in a foreign country for any number of reasons relating to her social, economic, family, or other personal circumstances. Yet the asylum statute does not provide redress for all misfortune.”

Narrowing asylum claims this week, Sessions ruled that applicants must show that either “race, religion, nationality, membership in a particular social group, or political opinion was or will be at least one central reason” for their persecution.

The announcement overturns an immigration appeals court ruling that granted asylum to a Salvadoran woman who said she had been abused by her husband. The ruling would also have affected a woman named Aminta Cifuentes, who in 2005 fled Guatemala for the U.S. in fear her her husband would kill her. A decade later, the U.S. government granted her asylum. The Washington Post highlighted her story Tuesday.

But Jeff Sessions thinks these women aren't eligible for asylum because their husbands are only violent to them - not all women. pic.twitter.com/nVHZCxK6wY

Lynum added that she was "sick to her stomach."

Karen Musalo, a defense lawyer on the case who directs the Center for Gender and Refugee Studies at the University of California Hastings College of the Law, even accused Sessions of taking women back to the Dark Ages.