What GOP Leader McCarthy Found When He Googled 'California GOP' 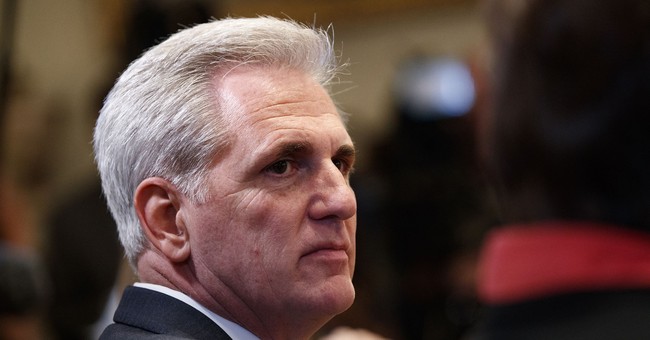 GOP Leader Kevin McCarthy was surprised to learn that the California GOP was aligned with Nazism on Thursday. At least that's what Google told him. The Republican lawmaker was looking for the CAGOP when he discovered the search engine had associated the group with Nazism. It was listed nonchalantly before other, more innocent-sounding ideologies like “Conservatism,” "Market liberalism,” “Fiscal conservatism,” and “Green conservatism."

It was, he later tweeted, "just the latest incident in a disturbing trend to slander conservatives."

With less than a week to go before the state primary, California voters deserve accurate information. Thankfully, Google took the listing down later Thursday after being questioned by VICE News.

The editors at Vice wonder how the word "Nazism" ended up under the state GOP name. Did it appear "via automation, a third-party trickster, or a Google employee gone rogue?"

It was an error, according to Google.

Google's "knowledge panels" are automatically populated from a variety of sources, including Wikipedia. "Sometimes people vandalize public information sources, like Wikipedia, which can impact the information that appears in search," a Google spokesperson said, in a statement. "We have systems in place that catch vandalism before it impacts search results, but occasionally errors get through, and that’s what happened here."