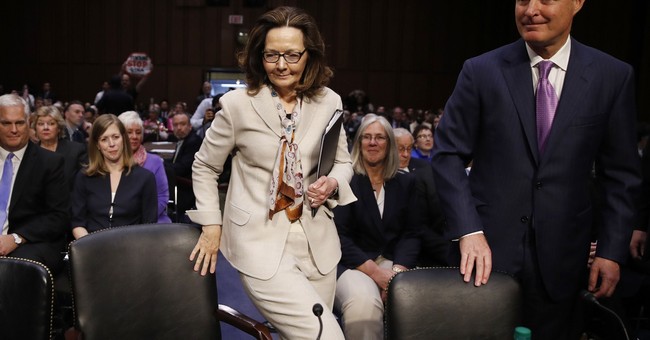 CIA Deputy Director Gina Haspel has assured Americans that under no circumstances will she restart the enhanced interrogation program that has so overshadowed her nomination for CIA director.

The CIA "has learned some tough lessons" from the Rendition, Detention and Interrogation program it employed after the September 11 terror attacks, she said at her Senate Intelligence Committee confirmation hearing Wednesday.

"On my watch, the CIA will not restart the RDI program."

Sen. Richard Burr (R-NC) got the questions rolling by asking Haspel about her role in the events surrounding the CIA’s decision to destroy tapes that had captured the agency’s interrogations of detainees at a CIA black site prison in Thailand in 2002. Haspel said she did not appear on the tapes "as has been mischaracterized in the press."

“The tape issue had lingered at CIA for three years,” Haspel explained.

“Over time,” she continued, “there had been a great deal of concern about the security risk posed to CIA officers depicted on the tapes.”

The risks centered on a threat from Al Qaeda. Mr. Jose Rodriquez, the former director of the National Clandestine Service, "has been very upfront on a number of occasions that he and he alone made the decision to destroy the tapes," Haspel explained.

“We were aiming to adhere to U.S. law but at the same time reach a resolution that would protect our officers.”

“There were no legal requirements to retain the tapes,” she added.

Still, several other senators on the committee, including Sen. Dianne Feinstein (D-CA), had questions about the tapes.

“I like you personally very much,” she began. “This is probably the most difficult hearing I have ever sat in.”

Yet, her interrogation about the tapes continued, and Haspel continued to emphasize the security risks that guided the CIA’s decision to destroy the tapes.

Haspel said she "never watched the tapes," but she knew that her fellow officers were in danger because their faces were on the videos.

Sen. Mark Warner (D-VA) was one of a few Democrats on the panel who wanted to know how Haspel would respond if President Trump ever wished her to restart a similar interrogation program.

“My father is watching today,” Haspel said. “My parents gave me a very strong moral compass. I would never, ever take CIA back to an interrogation program.”