Controversial WV Candidate Pushes Back at the Trumps 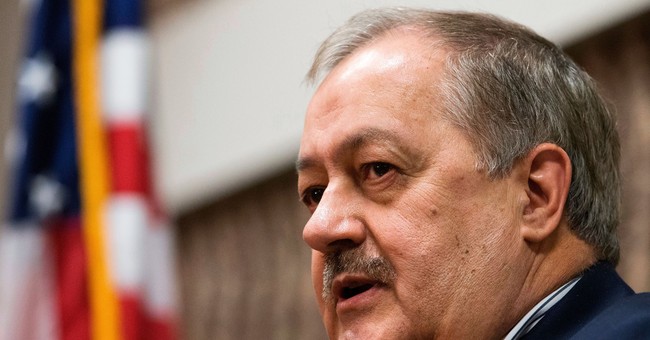 Both President Trump and Donald Trump Jr. have instructed West Virginians to vote against Don Blankenship in the GOP primary. The coal executive has caused some controversy by launching racial attacks on Senate Majority Leader Mitch McConnell's wife and father-in-law. They are "China people," Blankenship said in a recent ad. He's also referred to McConnell as "Cocaine Mitch." Blankenship also spent time in prison after his company was found to have violated federal safety regulations when a 2010 mining explosion killed 29 people.

Blankenship pushed back at the Trumps for aligning with the "establishment," though he did claim his end goal is to promote the president's agenda.

I am sorry that you were misinformed and misled by McConnell’s cronies while you were at the RNC meeting yesterday in Miami.

., I am a victim of fake news and a corrupt Obama DOJ.

When I get to DC, your dad will have no better supporter in his efforts to drain the swamp. Looking forward to working together to Make America Great Again. You will like the real Don Blankenship, just like WV voters.

"The establishment is misinforming him because they do not want me to be in the U.S. Senate and promote the President’s agenda," Blankenship said after President Trump's Monday morning tweet.

You can read his full statement here. Blankenship is probably practicing some caution to not distance himself too far from Trump, considering the president won the state by 40 points in the 2016 election.

One of Blankenship's opponents is taking a different route to boot him from the race. Attorney General Patrick Morrisey plans to call Blankenship's probation officer to confront him about the candidate's refusal to comply with federal law by not filing a personal financial disclosure.

“Laws exist for a reason,” Morrisey said in a statement. “There are no exceptions or waivers for a rich coal baron who has already been found guilty of conspiring to violate mine standards.”

The West Virginia GOP primary is this Tuesday, May 8. The Republican candidates are looking to unseat Sen. Joe Manchin.