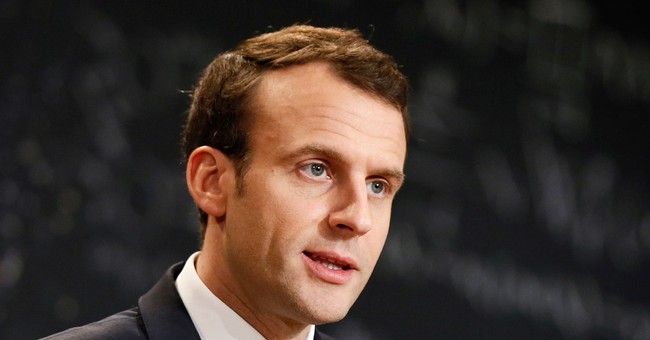 Dozens of people died when bombs filled with toxic chemicals were dropped on the town of Douma Saturday. President Bashar al-Assad denied his government had anything to do with it. French President Emmanuel Macron, however, says he has proof.

"We have proof that last week chemical weapons, at least chlorine, were used by the regime of Bashar al-Assad," according to the French leader.

Macron is debating whether this latest information justifies an airstrike on Syria. He will decide "in due course."

President Trump is also strongly considering an airstrike. He tweeted this week that a military action was imminent, though he walked it back a bit Thursday.

Never said when an attack on Syria would take place. Could be very soon or not so soon at all! In any event, the United States, under my Administration, has done a great job of ridding the region of ISIS. Where is our “Thank you America?”

UK Prime Minister Theresa May has called an emergency cabinet meeting to discuss Britain's role in the response. Like Macron and Trump, she has not announced an absolute plan, but has said that "all the indications" suggest Assad was behind the attack.

Meanwhile, the United Nations failed to adopt three resolutions to allow an investigation into the chemical attack in Syria because of Russia's "no" votes. It is the 12th time Russia has used its veto to block action on Syria. In an earlier tweet this week, Trump said that the U.S.'s relationship with Russia is worse now than it was during the Cold War.