Pruitt Pushes Back at 'Narrative' About His Travel Expenses 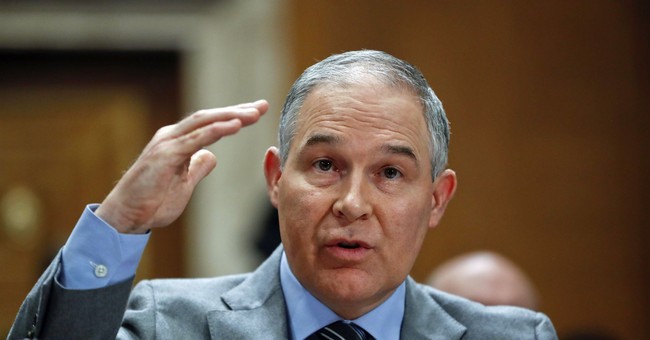 It seems to be a plague in the Trump administration: outrageous travel bills at the expense of the taxpayers. Environmental Protection Agency Administrator Scott Pruitt is the latest Trump cabinet member to be accused of taking advantage of his transportation perks.

Despite criticism, Pruitt has defended his decision to often fly first class, citing security reasons. He can add to that a rather pricey travel log.

In June of last year, Pruitt took a trip to Italy which racked up a or $120,000 bill, in part because it included a military flight he took en route to Rome. The visit to Italy, Pruitt said, was necessary so he could help explain to allies abroad why the U.S. had pulled out of the Paris climate agreement.

“These are very important meetings that take place. It’s an obligation that I have to participate,” Pruitt told conservative talk show host Mark Reardon on KMOX.

"And so I’m a little bit dumbfounded by the kind of media narratives that these things are somehow not the focus," he said. (The Hill)

The EPA chief went on to claim he spent $100,000 on foreign trips last year, before pointing fingers at his predecessor, who he says spent way more than he did.

“$100,000 on the trips that we’re talking about, and the previous administration spent 10 times that much and there’ll be any discussion about it,” he noted.

Pruitt, as mentioned, is not the first member of the Trump administration to be accused of outrageous travel bills. HHS Secretary Tom Price's travel costs were so unseemly he was forced to resign.

In addition to Pruitt, VA Administrator David Shulkin and Stephen Mnuchin are currently working to restore their images after their own purportedly shady travel costs - $122,000 for a business trip through Europe, and ($1 million for eight trips), respectively.