Newman Wanted Lipinski's Wait to Be as 'Painful' As Possible 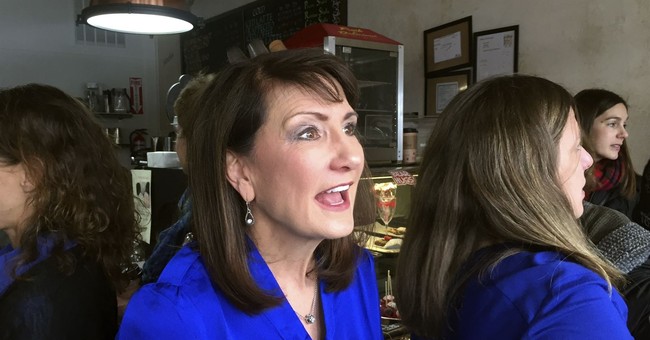 Rep. Dan Lipinski is the projected victor in the IL-03 Democratic primary, prevailing over his opponent Marie Newman. She was, shall we say, not very gracious in defeat. As the race was winding down and it seemed that Lipinski was going to win, Newman dug in her heels.

Marie Newman not conceding. Encourages crowd to drink at Marie's in Bridgeport. "I would like to make Mr. Lipinski to have a very painful evening." Says wait until a.m. pic.twitter.com/UCp29nOIhu

Lipinski won despite failing to gain endorsements from some key players. The Democratic Congressional Campaign Committee initially refused to support him, as did Sen. Bernie Sanders (I-VT). There seemed to be a common denominator - his pro-life record.

Pro-life groups had even canvassed for him and cheered his win.

Congratulations Rep. Dan Lipinski on your #IllinoisPrimary victory tonight! Here’s our own Marilyn Musgrave with @DLipinski03 in Sep. last year. #ProLife is not a Republican or Democrat issue. It's a human rights issue. We're ???????????? glad to work with pro-life Democrats!! pic.twitter.com/S9lllY5KZ7

Newman, meanwhile, is a progressive who had earned the support of abortion rights groups like NARAL.

Lipinski returned Newman's bitter retorts by accusing her of “wanting to be part of the Tea Party Left, an extremist."

While the abortion issue clearly played a role in some Democrats' distaste for Lipinski, liberals on Twitter noted that they had plenty of other grievances too. For instance, he had to answer for his refusal to endorse Barack Obama in 2012, his opposition to the DREAM act, and his vote against Obamacare.