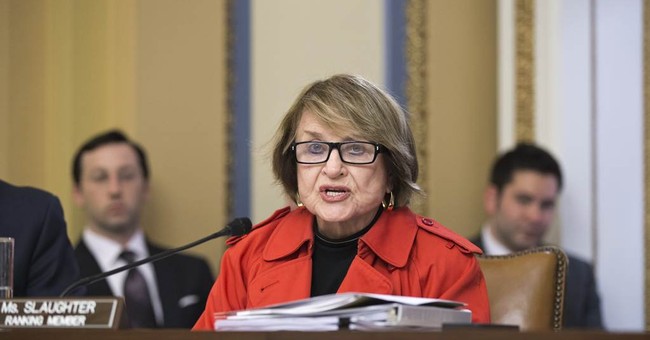 Rep. Louise Slaughter, the 88-year-old Democratic representative from New York, has died after a fall at her Washington, D.C. home, which left her hospitalized with a concussion. She was the oldest member in the House.

"Congresswoman Louise Slaughter was a giant," said Senate Minority Leader Chuck Schumer (D-NY). "She had deep convictions -- on both issues important to the people of Rochester, and for the integrity and honesty of the political system. The ferocity of her advocacy was matched only by the depth of her compassion and humanity. Her passing will leave a gaping hole in our hearts and our nation." (Democrat and Chronicle)

Slaughter was first elected to the House of Representatives in 1986 and was the first woman to represent Western New York in Congress. During her lengthy tenure, she authored the Genetic Information Nondiscrimination Act and co-authored the Violence Against Women Act.