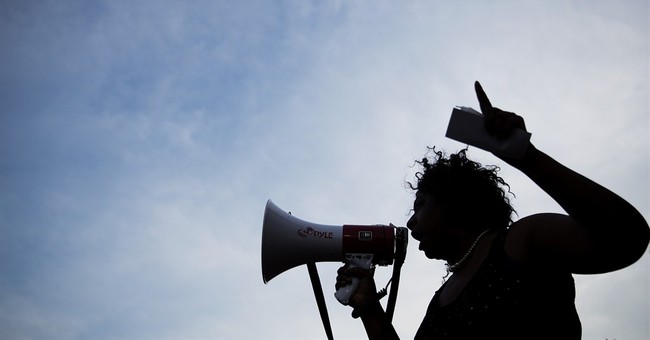 Townhall Editor Katie Pavlich is scheduled to speak at Kennesaw State University in Kennesaw, Georgia, Wednesday night, but not without hundreds of dollars in security fees. The school is charging so much because Pavlich's lecture on media bias is so "controversial," administrators claim.

“As a New York Times bestselling author, Fox News contributor, and Townhall editor, Katie Pavlich is clearly an expert in today’s media landscape,” said YAF Spokesman Spencer Brown. “To claim her take on the industry is somehow controversial is a transparent attempt to stifle conservative speech on Kennesaw State University’s campus. Treating Pavlich and her ideas as somehow dangerous is an affront to the open exchange of ideas that should be the trademark of higher education.”

Just how much does a "controversial" speaker cost?

Kennesaw State administrators imposed a security fee on the Young Americans for Freedom chapter in the amount of $320.00, Brown explains. He noted that KSU did not apply the “controversial” label to student-organized Black Lives Matter protests on campus nor assess a security fee for the protests.

The school's discriminatory practices aren't limited to its speaking fees.

All students at Kennesaw State pay fees into a general student fund, but "only students who are advancing the school's preferred viewpoints" seem to be able to access that money, according to YAF. The Young Americans for Freedom chapter is ranked at the lowest level at the school, while several "leftist groups" are ranked at the highest level, and therefore given higher priority access to funds and event space.

Among the list of groups ranked higher than the YAF chapter include the Kennesaw Pride Alliance, the KSU chapter of the NAACP, and the Atheists, Humanists, and Agnostics at KSU.

Pavlich may have expected such a warm welcome from KSU faculty, considering one professor called her a "propagandist" in January.