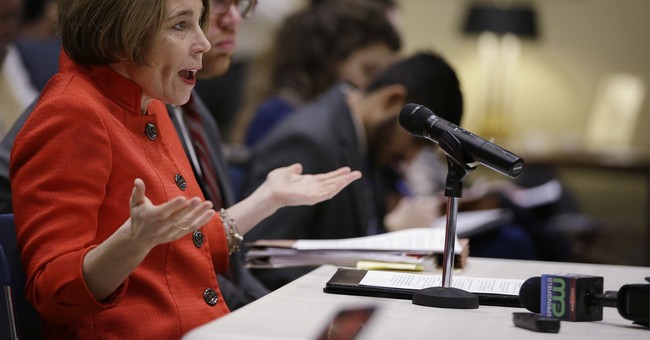 The repeal of net neutrality rules will not spell the end of the Internet, The Washington Post assured us Tuesday. In December, the Federal Communications Commission voted to overturn the Obama-era regulations and Democrats warned us that we could soon expect snail-like browsing speeds.

FCC Chairman Ajit Pai explained before the vote that the net neutrality rules were a “heavy handed solution” that was “slapped” on internet service providers. Smaller internet providers in rural parts of the country were especially affected, he said, having to be "micromanaged" by Washington bureaucrats. The Republican-controlled commission rescinded the rules by a vote of 3-2.

Last week, Senate Democrats warned us in a tweet that, "If we don’t save net neutrality, you’ll get the internet one word at a time.” Internet providers, they suggest, will have the power to slow down websites and features.

Contrary to what Democrats claim in their tweet (which looks a lot like this tweet from the ACLU, by the way), some of the biggest U.S. broadband providers say in pretty stark terms that they have no plans to block or throttle content or to start along the road of paid prioritization.

“Even with the FCC’s recent changes to net neutrality, nothing has changed,” said Richard J. Young, a Verizon spokesman. “For years, we’ve seen all sorts of hypothetical scenarios in which some speculate that changes to net neutrality rules will bring the end to the Internet as we know it. The fact is that we need to end the speculation, because the reality tells a very different story.”

He quoted from Verizon’s open Internet pledge. “ ‘We will not throttle or slow down any Internet traffic based on its source or content,’ ” Young said. “That’s been our commitment for years. And we have zero intention of changing or pulling back on that pledge.”

Comcast, too, said their Internet service "is not going to change," regardless of where the FCC stands on net neutrality.

"We will continue to abide by them in providing our customers the open Internet experience they have come to expect,” added AT&T.

See, a slowdown is not imminent, the WaPo emphasized. If there is evidence to prove it, it's "scant." Consumers can enjoy the same speeds they did before the FCC vote.

The WaPo gave Democrats a whopping Three Pinocchios for their fearmongering tweet.

Still, critics are supporting the (largely symbolic) Congressional Review Act, which would seek to overturn the FCC's decision. Broadband for America explained why that would be a "step backwards," discouraging innovation in broadband infrastructure.

“They can’t simply wipe away important state laws that are in place to protect our consumers and our businesses,” she told the FCC last month.