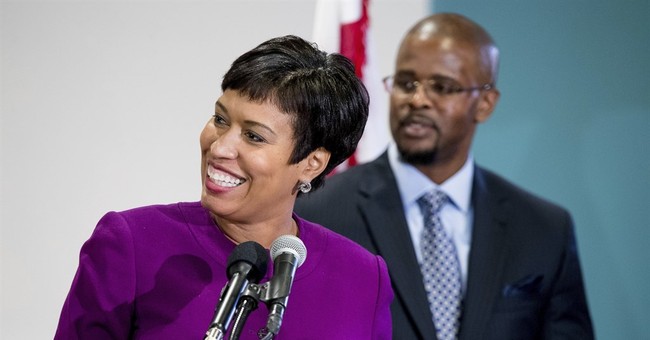 Washington, D.C. Mayor Muriel Bowser has had to answer for a few scandals this past year, but she has little to worry about where re-election is concerned. Although it is only three weeks until the deadline to enter the Democratic primary, Bowser is sitting pretty with zero challengers.

That's a shame, because her opponents would have plenty of talking points.

A few of the city's scandals under Bowser's watch have to do with the education system. Last year, former D.C. Public Schools Chancellor Antwan Wilson bypassed the school lottery system and transferred his daughter to one of the city's best schools. Four months later, when it became public, Bowser pressured Wilson to resign.

But Bowser knew at the time of the transfer, according to the departing chancellor.

Wilson alleges that there were only three people at that meeting back on Sept. 20 – himself, Mayor Bowser and former deputy mayor for education Jennifer Niles. In light of this scandal, Niles also resigned last month.

Bowser's chief of staff denies that the mayor knew about Wilson's action.

At the same time, D.C. residents were scratching their heads at how all the students at Ballou High School got their diplomas, despite not meeting the necessary requirements. Ballou Principal Yetunde Reeves was placed on administrative leave. Yet, students graduating before they were prepared was a citywide phenomenon, a D.C. Office of the State Superintendent investigation found.

Oh, and the city's public hospital is reportedly plagued by mismanagement.

Still, Bowser is sailing toward re-election.