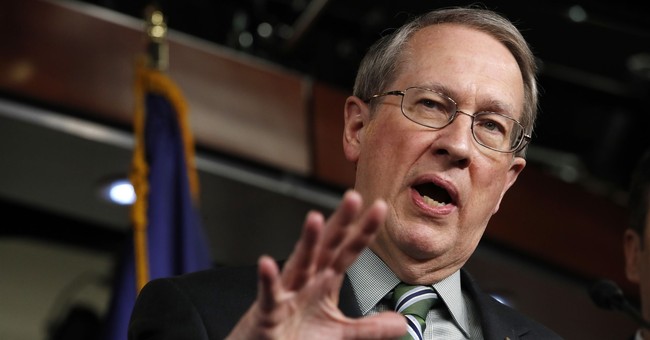 The immigration debate reopened Tuesday, with the March 5 deadline to fix Deferred Action for Childhood Arrivals fast approaching. According to a few reports, Republicans and Democrats could not be further from a compromise.

GOP leaders are going to whip a vote Wednesday on a conservative-minded immigration bill authored by Judiciary Committee Chairman Bob Goodlatte (R-VA), according to The Hill. His proposal offers "Dreamers" who came to the U.S. as children a path to legal status, as opposed to citizenship. It also includes funding for President Trump's border wall and ends chain migration and the diversity visa lottery program.

Sen. Kamala Harris (D-Calif.), one of several influential liberals who vowed to oppose funding the government absent a fix for the immigrants known as Dreamers, would support the McCain-Coons bill, her spokesman said Tuesday.

Sen. Robert Menendez (D-N.J.), a vocal Dreamer advocate, also expects to back the McCain-Coons approach and counseled activists on the left to be open to compromise.

“I appreciate what Dreamers want — what I want is to guarantee that their dreams can be realized, and I’m going to look for a pathway to make that happen,” Menendez said. (Politico)

Even liberal activist groups were open to the McCain-Coons plan.

“That is the only thing short of clean DREAM [Act] that any of us would expect,” one "leading liberal organizer" told Politico.

The problem with the legislation is it includes no funding for the wall, so it's not likely to get very far in the Senate.

Whatever Congress does, they better do it fast. President Trump keeps reminding them that time is running out.

Negotiations on DACA have begun. Republicans want to make a deal and Democrats say they want to make a deal. Wouldn’t it be great if we could finally, after so many years, solve the DACA puzzle. This will be our last chance, there will never be another opportunity! March 5th.