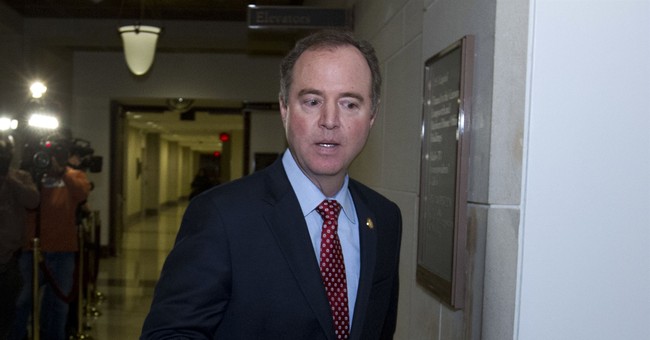 President Trump has decided not to declassify the Democratic rebuttal to a memo that details surveillance abuses at the FBI. Trump reviewed the rebuttal just as he did the Republican-authored memo, but decided against making it public because of national security concerns. He has asked the authors to remove some sensitive materials.

“The president’s double standard when it comes to transparency is appalling,” he said in a statement. “The rationale for releasing the Nunes memo, transparency, vanishes when it could show information that’s harmful to him.”

The Republican-authored memo released last week painted a not-so-pretty picture about how the agency abused FISA to spy on members of the Donald Trump campaign during the 2016 election. The report says the FBI used the infamous Russian dossier to get a warrant against Trump foreign policy advisor Carter Page.

The Democratic version is six pages longer and, according to its authors, contains important context their Republican colleagues omitted.

Ahead of Trump's review of their response, House Intelligence Committee ranking member Adam Schiff suggested that the White House was in a "sense of panic" over special counsel Robert Mueller's investigation into Russian collusion. Why else would Trump and his associates be "putting the government on trial?" He also accused Nunes of "secretly altering" the Republican draft of the memo without his colleagues' knowledge.

President Trump said the initial memo "vindicated" him from any claims of Russian collusion.