Tony Dungy Criticized for Commending Eagles QB on His Faith 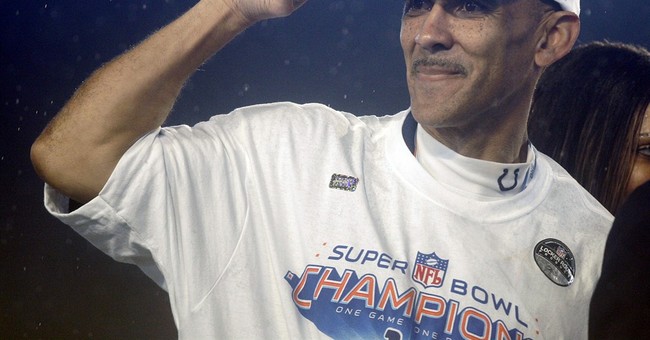 It was Foles's faith in God, Dungy said on air, that “would allow him to play with confidence.”

@TonyDungy unbelievable you would use your employer, @NBCSports, to spout this nonsense on the air. @TweetofGod

NBC pays me to express my opinion. And it was my opinion that Nick Foles would play well because his Christian faith would allow him to to play with confidence. And that he’s a good QB. I think I was right on both counts. https://t.co/4HOfXt78UZ

Others took issue with his analysis, but he stood his ground.

Why would you find it hard to believe that the Holy Spirit could speak to Nick Foles just as much as a coach could speak to him? If he credited a coach for saying “Stay calm and be confident” that’s good. But if he tells me Christ says that to him I shouldn’t report it??? https://t.co/I7P4IU26GH

“I can only give the praise to my Lord and Savior Jesus Christ for giving me this opportunity," Head Coach Doug Pederson said to the packed stadium.

Foles has shared his plans to become a pastor when he retires from football.