The DOJ Is Retrying Bob Menendez 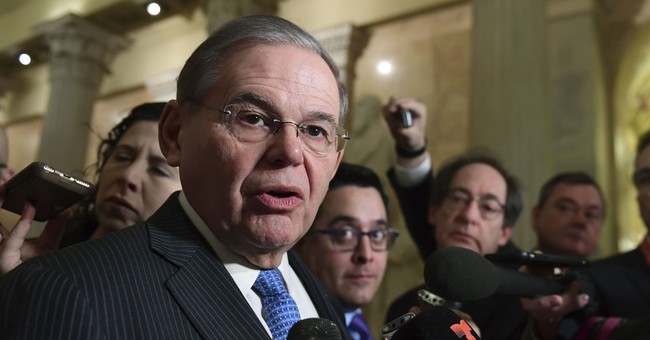 The Department of Justice has announced its plan to retry Sen. Bob Menendez (D-NJ) for corruption.

"Today the U.S. filed a notice of intent to retry Sen. Robert Menendez and Dr. Salomon Melgen and requested that the court set the case for retrial at the earliest possible date--on charges that included conspiracy, bribery, and honest services fraud," the DOJ wrote Friday.

Last year, Menendez faced 18 counts of corruption and bribery. Reports suggested that the senator had Sen. using his political clout to help his ophthalmologist friend Salomon Melgen, in exchange for lavish gifts and $700,000 in campaign contributions. After 11 weeks, the case ended in a mistrial. Following the hung jury, Senate Majority Leader Mitch McConnell called for an ethics probe against Menendez.

Through tears outside of the courthouse, Menendez said it was by the grace of God he escaped an "unjust prosecution." He also had a message for critics who were using the trial to try and boot him out of Congress.

Sen. Menendez: "To those who were digging my political grave so they could jump into my seat, I know who you are and I won't forget you." pic.twitter.com/UUWORGwWQL

Menendez is up for re-election this year, yet polls in the fall found that half of New Jersey voters don't want him around anymore. Some are more impatient and have called for him to resign.