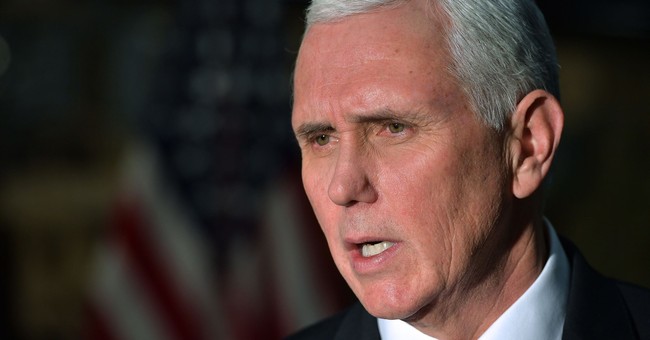 Dr. Maurice Watson, pastor of the Metropolitan Baptist Church in Largo, Maryland, did not hold back his feelings at the pulpit regarding President Trump's reported vulgar remarks about Haiti, El Salvador and African nations. He told his congregation exactly what was on his mind this past Sunday.

"It is alleged that a hurtful, dehumanizing, visceral, guttural, ugly adjective that I cannot repeat in church, was allegedly used to characterize some of the nations of Africa," Watson said in his Sunday sermon, which was posted on the church's Facebook page. "And a statement was made that we ought to welcome people from Norway more than we should welcome people from Haiti. I stand here today as your pastor to vehemently denounce and reject such characterizations. Whoever said it is wrong, and they oughta be held accountable.

"You are owed an apology, but you probably won't get one," Watson added. (ABC News)

The pastor's comments were made more controversial by the fact that Vice President Mike Pence was sitting right in the front row. He was reported at being "red-faced" during the speech. Watson, however, said his decision to speak on the Haiti remarks had nothing to do with Pence's presence.

As expected, liberal outlets are cheering his boldness.

Unfortunately, this isn't the first time Pence has had to be in the audience when someone was speaking out against Trump and the administration. When he attended a performance of Hamilton in New York City last year, the cast asked him to remain in the theater as they proceeded to lecture him about the White House's oppressive policies.

Then, when Pence went to an Indianapolis Colts game with his family, they ended up walking out after several players knelt during the playing of the national anthem.