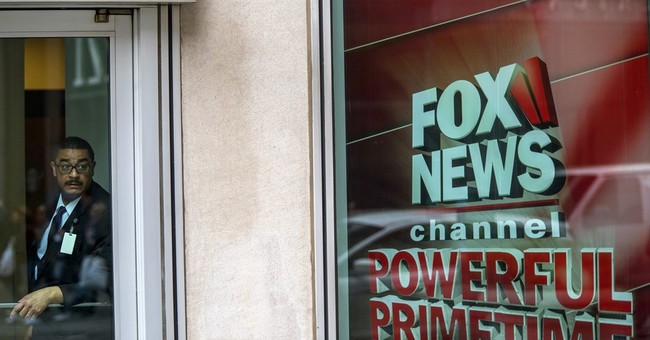 He has since apologized for the column and the LA Times removed the offending lines.

It was overlooked at the time, but the first paragraph in Horsey's original op-ed was perhaps just as controversial and inappropriate.

"Much like Roger Ailes when he was stocking the Fox News lineup with blond Barbie dolls in short, tight skirts, the president has generally exhibited a preference for sleek beauties with long legs and stiletto heels to represent his interests and act as his arm candy,” he wrote.

Successful Fox News host Martha MacCallum had no clue what he was talking about. In her response, she detailed the much different work environment she's experienced in the past 13 years.

Horsey’s column lands hard in an ongoing national conversation about the treatment of women in the workplace. At Fox News, we faced our own realities about sexual harassment. For many, the storieswe saw written about our workplace felt alien to us. The Fox News that I know and work in is a team of producers, technicians, photographers, truck operators and production managers who barely have time to eat lunch, much less engage in bad behavior. Obviously, there are well-documented exceptions. Still, as I watch these stories explode across Hollywood and Capitol Hill, I believe we are at a watershed moment in the conversation.

MacCallum offers a glimpse of her stellar resume - The Wall Street Journal, CNBC, NBC, and an impressive run at Fox in which she's climbed the ladder from anchor, to debate moderator, to primetime host. Clearly, she notes, she did not achieve any of these titles with a flashy wardrobe.

"Our success is not about hair color or skirts," she writes. "It’s about elbow grease, dedication and sacrificing time with our families and friends. We are fine with that, it goes with the territory."

MacCallum does acknowledge a culture of sexual harassment exists, as we've witnessed in Hollywood and now Capitol Hill, but awareness is a good thing.

"The country has woken up to the fact there are attitudes and levels of acceptance that can never be tolerated," she says.