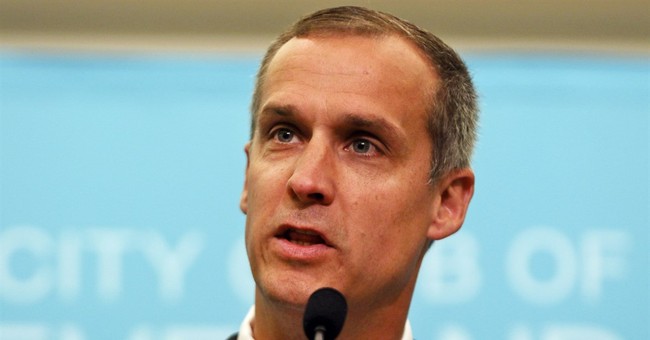 In March, former Trump campaign manager Corey Lewandowski claimed to have no recollection of giving campaign advisor Carter Page permission to take a trip to Moscow in July 2016.

“I granted nobody permission to do that,” he said at the time.

Months later, after Page told the House Intelligence Committee that Lewandowski knew about his trip to Russia, the latter's story has changed. His memory has been "refreshed," he said.

He asked Fox News's Martha MacCullum to forgive him for not completely recalling the email in March because of all the other things on his mind that Father's Day.

Corey Lewandowski says "my memory has been refreshed" and he now remembers receiving email from Carter Page about Moscow trip (in March he claimed he didn't) pic.twitter.com/qydGADvoa7

“Well, no — you have to remember, in the context of the campaign world – now, my memory has been refreshed — but to be clear, from what I understand and what I recall, that email was sent on June 19th of 2016, so about 18 months ago,” he said. “It also happened to be Father’s Day on a Sunday, and it also happened to be the day prior to me being terminated from the campaign, so with all due respect, there were many other things on my mind that day other than trying to understand why a volunteer was telling me he may or may not be traveling outside the country.”

“What I recall is now seeing that email has been brought back to my attention," Lewandowski clarified.

Page's Moscow trip is just one of the news nuggets the media is grabbing to fan the flames of Trump-Russia collusion.

Meltdown: Here's the Christmas Photo from a Republican Congressman That Set Liberal America on Fire
Townhall
'Looks like an insurrection': Secret Service allegedly gets involved in protest outside DHS Secretary Alejandro Mayorkas' home
Twitchy
Lefties Freak out on Conservatives for Doing Exactly What They Told Them to Do
Redstate
RUN AWAY! Democrats Fleeing Biden's Sinking Ship
PJ Media