Bergdahl: Taliban Treated Me Better than US Army 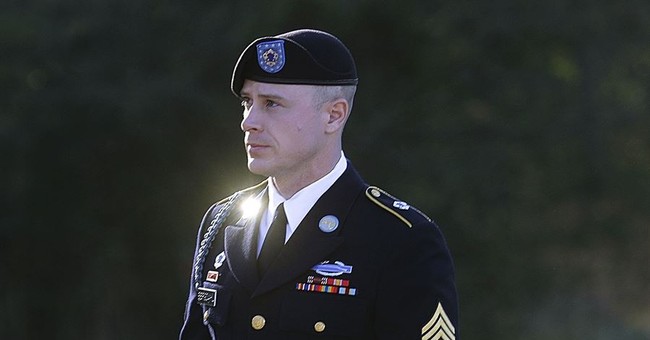 Army Sgt. Bowe Bergdahl deserted his post in Afghanistan in 2009 and was taken captive by the Taliban from June 2009 to May 2014. Having returned to the United States, he is now claiming his captors treated him better than the U.S. Army.

President Obama secured Bergdahl's release in exchange for five prisoners from Guantanamo Bay in 2014. Despite protestations, Obama explained that the U.S. "gets an American soldier back if he's held in captivity. Period." It's a "sacred rule," he said in defense of his decision.

A new interview Bergdahl gave suggests he may not have been as appreciative of the president and the Army as you may think. In his conversation with London's The Sunday Times, Bergdahl suggests that his experience awaiting trial was more painful than his time as a hostage.

“At least the Taliban were honest enough to say, ‘I’m the guy who’s gonna cut your throat.’ ”

That got him less upset than the “administrative duties” the Army assigned him while awaiting trial, he said.

“Here, it could be the guy I pass in the corridor who’s going to sign the paper that sends me away for life,’’ he said.

“We may as well go back to kangaroo courts and lynch mobs.” (New York Post)

Bergdahl, who pleaded guilty last week to desertion, begins his sentencing hearing Monday in a military court room. He could get life in prison for endangering his comrades who went searching for him. Six soldiers were reportedly killed in the effort.