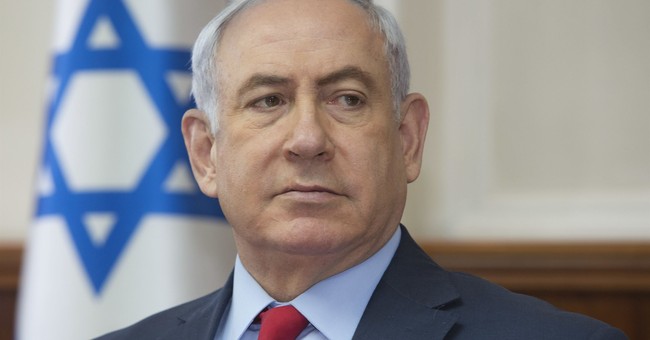 His directive comes after Zarif posted the following message.

Today, Iranians--boys, girls, men, women--are ALL IRGC; standing firm with those who defend us & the region against aggression & terror.

That message is ironic, Netanyahu said, since the Iranian regime bans Iranians from using Twitter. He had a few more reasons as to why ordinary Iranians would reject Zarif's comparison.

My message to Iran's foreign minister: Delete your account pic.twitter.com/i0Ca57uc4u

The IRGC was recently labeled a Specially Designated Global Terrorist by the Trump administration. The president also signed off on sanctions against the regime, while United Nations Ambassador Nikki Haley recently warned the UN security council that they were getting played by Iran, who continually violates resolutions.

“The Iranian regime abuses its own people," she told the council. "It imprisons or murders political opposition. It persecutes Christians and other religious minorities. It denies freedom of speech. It executes gays and lesbians."

Ordinary Iranians do not want to be compared to "the Iranian version of ISIS," Netanyahu emphasized in his statement. "They want to live in peace."