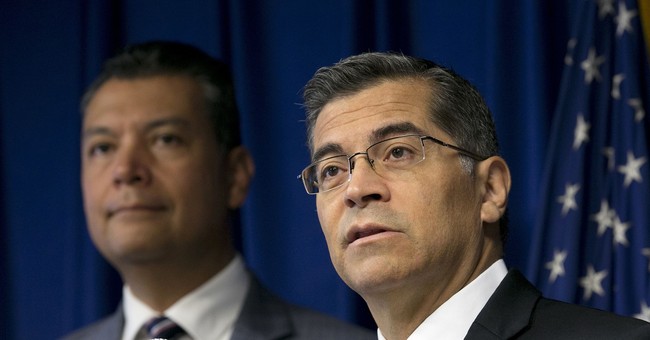 In the lawsuit, filed Wednesday, Becerra lists several grievances, including how the border wall is unconstitutional and, strangely, how it will potentially affect tourism.

The lawsuit, which includes the California Coastal Commission as a plaintiff, states its purpose is "to protect the State of California’s residents, natural resources, economic interests, procedural rights, and sovereignty from violations of the United States Constitution" and federal law. It adds that the wall would have a chilling effect on tourism to the United States from Mexico. (Los Angeles Times)

Becerra added that the proposed wall lacks environmental data and does not comply with the Clean Water Act and the National Environmental Policy Act.

Trump's plan to construct a wall along the U.S.-Mexico border has long been in the works. He announced his intent way back in the summer of 2015, when he announced his plans to run for president. His supporters were on board, chanting "Build the wall!" at many of his campaign rallies. All systems seemed to be a go when he took office, but just last week he disappointed conservatives by reportedly striking a deal with Democratic leaders Chuck Schumer and Nancy Pelosi that would not include border wall funding. Trump and his staff denied those reports.

Becerra has filed more than two dozen lawsuits against the Trump administration since January, including one challenging the president's plan to suspend the Deferred Action for Childhood Arrivals program.