NFL Player on 'Why He Stands' 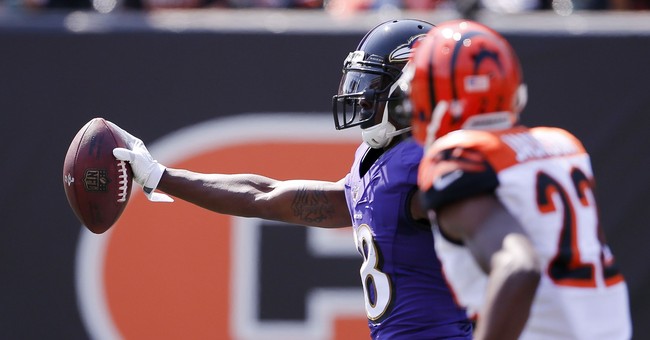 Cincinnati Bengal Tyler Eifert respectfully disagrees with former San Francisco 49er quarterback Colin Kaepernick’s decision to kneel during the playing of the national anthem. In a thoughtful piece for Medium, the Bengals’s tight end begins by noting he jumped into this debate against his better judgment.

Then, he offered a simple, yet profound explanation for why he honors the anthem.

“I stand because I love my country.”

Eifert has other reasons, one being that some of his family members have proudly served in our armed forces.

It's "sad" to see how divided we are even over a common practice of standing for the flag, he writes.

In a moving gesture, Eifert explains that he will be honoring a military person by writing their name on his cleats for every game this season.

Eifert is also asking for support for the the K9s For Warriors charity to raise awareness about post traumatic stress disorder.

If more players behaved like Eifert, perhaps the NFL's ratings would fare better.