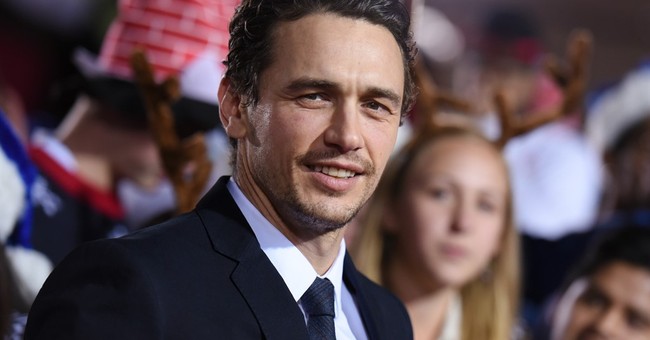 Actor James Franco appeared to be just as confused as the rest of us when he had to sit and listen to Princeton Professor Liz Harman's strange defense of abortion. He invited her on his "Philosophy Time" program, a new video series in which Franco discusses themes with Eliot Michaelson, a professor at The King's College London.

Michaelson, who teaches philosophy, was tasked with explaining her take on the morality of abortion. Here's the part that befuddled Franco.

"Among early fetuses, there are two very different kinds of beings," she claimed. "So, James, when you were an early fetus and Eliot, when you were an early fetus, all of us – I think that we already did have moral status then. But we had moral status in virtue of our futures – in virtue of the fact that we were the beginning stages of persons. But some early fetuses will die early in pregnancy, either due to abortion or miscarriage, and in my view that’s a very different kind of entity. That’s something that doesn’t have a future as a person and it doesn’t have moral status."

"So often we do know that if a woman is planning to get an abortion and we know that abortion is available to her, then we know that that fetus is gonna die," said Harmon. In such a case, "it’s not something with moral status on my view."

But, "if we know that a woman is planning to continue her pregnancy, then we have good reason to think that her fetus is something with moral status, something with this future as a person."

LifeSiteNews summed up Michaelson's argument as follows: "Some very young fetuses are worthy of rights and some of the same age aren't, based on whether they're wanted."

Franco was clearly confused by her "explanation" and questioned her logic.

"Why do you think that what’s actually gonna happen to a fetus in the future is gonna make this big difference between having some moral status and not?" asked Michaelson.

"Can't you only judge that in hindsight?" asked Franco.

In case I didn't mention already, Harman teaches at Princeton.