Fun: 'Sex and the City' Star Trashes Cuomo, May Challenge Him for Governor 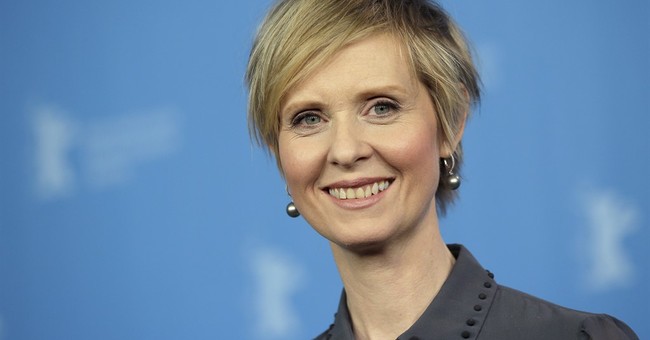 Years after the series finale of "Sex and the City," one of the show's stars, Cynthia Nixon, may be eyeing New York Gov. Andrew Cuomo's job. Rumors of her political ambitions have been circulating as she has joined the media circuit to trash Cuomo's lack of leadership on key policy issues like education.

On a recent appearance on the "Today" show, Nixon told the anchors that Cuomo may have overseen the largest increase in state aid to schools in New York's history ($26 billion), but the lower income schools have benefitted little from it.

"Governor Cuomo likes to say that, ‘We spend more per pupil than any other state,’ and that is actually true, but the only reason that is true is because we spend so much on the kids in our wealthiest districts," Nixon said.

In fact, the gap between New York's richest schools and poorest schools are "wider" under Cuomo than it has "ever been before" and it's "got to stop," she added.

Some education groups believe she's the one to stop it.

"New York is way behind the rest of the country when it comes to inequity between rich and poor in our public schools, and Cynthia is making that an issue that needs to be addressed," according to Billy Easton, executive director of the Alliance for Quality Education, who is excited about a potential Nixon campaign.

Recommended
Why is the Government Using Black Tarps to Hide Illegal Immigrant Men at the Airport?
Katie Pavlich

Nixon has yet to declare a primary challenge to Cuomo. Yet, she may fare better than she thinks, for Cuomo has not been Mr. Popular lately. His approval numbers have been steadily dropping thanks to his poor handling of New York City's public transportation systems.

Could a strong education platform propel Nixon to victory?