Trump Suggests Sessions Only Endorsed Him Because of Crowd Sizes 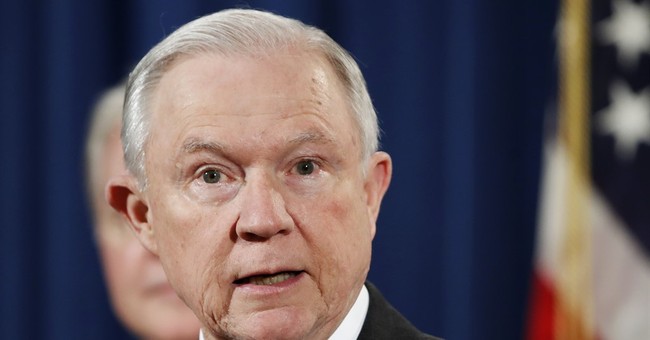 President Trump has been dropping hints for days that he may be firing his Attorney General Jeff Sessions. He is increasingly frustrated over Sessions's decision to recuse himself from the Russia investigation, as well his failure to properly investigate the leaks coming out of the White House and former Secretary of State Hillary Clinton's mishandling of national security intel. He predicted that Sessions' recusal is what led the DOJ to appoint former FBI Director Robert Mueller as special counsel on the investigation into Russian collusion, which Trump has called a "witch hunt."

Sessions's defenders have come out of the woodwork reminding Trump that Sessions was one of few lawmakers to openly endorse him during last year's presidential campaign.

Yet, in an interview with the Wall Street Journal, Trump doubted that Sessions' support was completely sincere. He was attracted by the crowd sizes, the president suggested.

“When they say he endorsed me, I went to Alabama,” Mr. Trump said on Tuesday , recalling the endorsement . “I had 40,000 people. He was a senator from Alabama. I won the state by a lot, massive numbers. A lot of the states I won by massive numbers. But he was a senator, he looks at 40,000 people and he probably says, ’What do I have to lose?’ And he endorsed me. So it’s not like a great loyal thing about the endorsement. But I’m very disappointed in Jeff Sessions.”

Trump told the press Tuesday at a joint press conference with the prime minister of Lebanon that Sessions should have told him about the controversial meeting he had with the Russian official last year, because he would have certainly chosen someone else to serve.