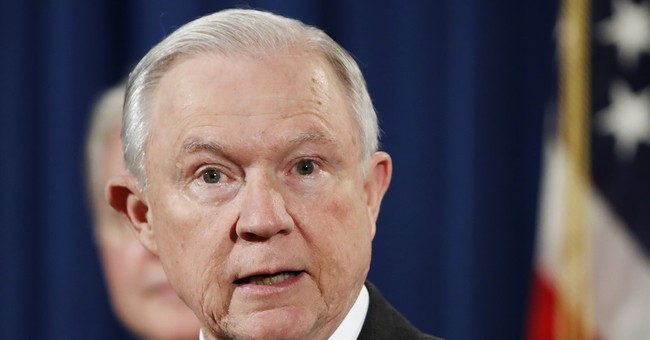 Attorney General Jeff Sessions announced Wednesday that the Justice Department will be increasing the use of civil asset forfeiture, especially in terms of drug trafficking, once more rolling back President Obama's agenda.

Opponents of civil asset forfeiture, which permits law enforcement officials to take money and goods from individuals suspected of crime, provide evidence to suggest that the process accounts for more theft than burglaries.

This is no trivial matter. Americans now lose more property to civil asset forfeiture than to burglary each year. pic.twitter.com/562sBSoRUS

The legal process is often ripe with abuse, reports The Washington Post, particularly in regards to a practice known as "adoptive" forfeiture. Citing these concerns, the Justice Department under Obama sought to scale back the practice in 2015.

Republicans, too, are "troubled" by Sessions's directive.

DOJ’s decision to expand civil forfeiture is troubling. Shows why Congress must act to pass our DUE PROCESS Act https://t.co/dN5hhFQMMo

Sessions, however, defended civil asset forfeiture as "appropriate," for "no criminal should be allowed to keep the proceeds of their crime."