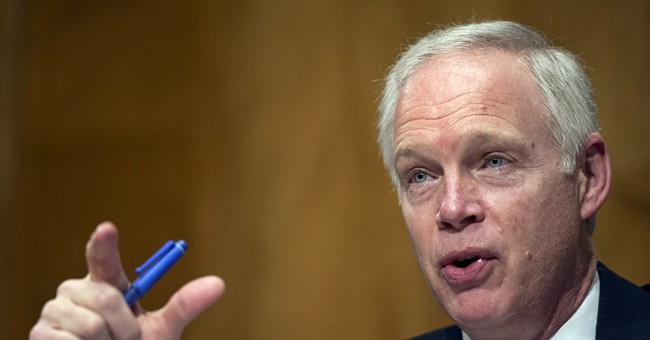 Senate Majority Leader Mitch McConnell can only afford to lose the support of two Republican senators when it comes time to vote on the Better Care Reconciliation Act, which is intended to repeal much of Obamacare.

ABC News has the total number of senators opposed to the bill at six. Sens. Susan Collins (ME), Ted Cruz (TX), Dean Heller (NV), Ron Johnson (WI), Mike Lee (UT), and Rand Paul (KY) are all “no”s as of Tuesday.

Johnson accused the GOP leadership of trying to “jam” the legislation through without proper debate. Other lawmakers like John McCain have complained that McConnell and other BCRA drafters are acting just like the Democrats by tweaking the bill behind closed doors.

Asked if he had seen the Senate bill, McCain said that he hadn't and joked that no other American has.

"No, nor have I met any American that has," McCain said. "I'm sure the Russians have been able to hack in and gotten most of it."

The Senate version of the bill took another hit Monday when the Congressional Budget Office report came out, predicting that 22 million fewer people will be insured by 2026 if it goes into effect.

McConnell is expected to hold the bill for a vote by the end of the week. Yet, if the GOP does not have the votes, they may hold off until after the July 4 recess.