Rand: Without Scalise's Security Detail, It Would Have Been 'Massacre' 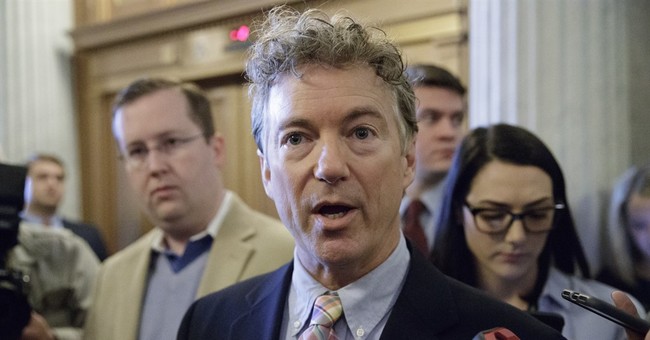 Had Rep. Steve Scalise (R-LA) not been at Wednesday’s congressional baseball practice, the scene would have been much more deadly, several witnesses have concluded. Scalise, who was shot in the hip, is currently in surgery. Five people in total were shot, including a Scalise staffer and Capitol police officers, who arrived at the scene within three minutes, managing to subdue the attacker.

A shaken Sen. Rand Paul (R-KY) explained to the media that because Scalise is the Majority Whip, he is one of few members of Congress who always travels with his security detail.

Rand Paul: "I think we're lucky that Scalise was there because this was his security detail, without them it would have been a massacre." pic.twitter.com/2p2Zqj2ml7
— Washington Examiner (@dcexaminer) June 14, 2017

"I think we're lucky that Scalise was there because this was his security detail, without them it would have been a massacre," Paul noted.

"Everybody would've died,” he emphasized.

"[The gunman] would've had a tremendous advantage if we didn't have someone returning fire," he said.

Paul, Wenstrup, and other members of Congress rushed to help Scalise after police took down the shooter, attending to his wounds and calling his family.

The Capitol officers who have been shot are expected to survive.

In case you needed more proof these guys are heroes.

Stunning. @RepMoBrooks says on #CNN that wounded Cap HIll officer, who took the shooter down, ignored own injuries to check on Scalise
— Jason Seher (@jhseher) June 14, 2017