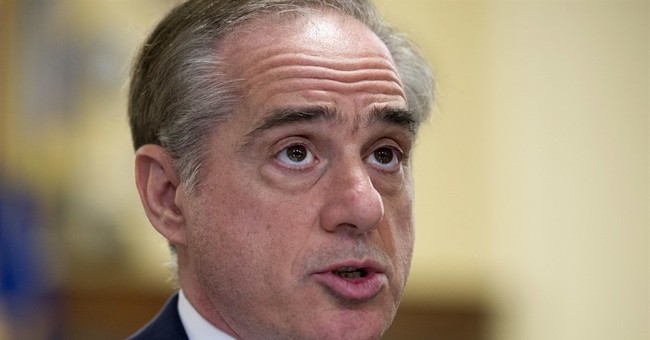 Veterans Affairs Secretary David Shulkin addressed members of the press Wednesday in a rare White House briefing for the scandal-plagued agency. The best way to fix the poor conditions of the VA clinics and lack of accountability for awful employees, is to be as transparent as possible, the secretary noted.

A doctor, Shulkin said he “likes to diagnosis things.” So, he offered a “candid assessment” of where things are in the VA. After conducting 137 different studies, the agency concluded that it needs to address 13 areas of risk. A few of these areas include:

- $50 million in outpatient bill charges are 6 months or older, Shulkin said regrettably. “We need private sector help” with this, he said.

– The agency has made progress with the CHOICE program, but it still consists of eight separate programs. “It makes it too complex,” Shulkin said. “It’s confusing both veterans and employees." He said they have to work with Congress to rework the program.

- Star rating systems for each VA center are now on the agency's websites, as well as quality of care comparisons between VAs and local hospitals. Shulkin admitted that 14 VAs have one star ratings. "That’s not acceptable," he said. To address the poor ratings, the secretary said he's deploying teams to implement performance plans.

– About 90,000 disability claims are currently taking more than 125 days to process. Shulkin wants to cut that time at least in half. Recently, Shulkin said, the agency was able to process a claim in three days. They are also planning on going paperless in veterans’ benefits offices. As for appeals, they are taking three years to process, with scheduling systems being terribly outdated.

- Many of the VA buildings are over 60 years old, with a number having stood since the Revolutionary War.

-The VA has to wait at least a month to hold an employee accountable for violating the agency’s “core values,” Shulkin explained. For instance, a psychiatrist who was caught watching pornography while he was seeing a patient was given a desk job for several days before the center could finally remove him. The VA was also forced to take back corrupt VA Director DeWayne Hamlin. “I would have fought that through all processes available” if he had been in charge at the time, said Shulkin.

– No position management system exists within the VA, but they are hoping to establish one by December. It currently takes 177 days to onboard a nurse practitioner, the secretary noted. In addition, low salaries make it difficult to recruit the best professionals. “We need to compete with private sector salaries,” he said.

- “We need faster, clearer decision making,” Shulkin said.  A veteran complaint hotline, which will be tested on Thursday, is expected to become fully operational by August 15.

As secretary, Shulkin was able to help prevent $27 million in fraudulent payments in 2016. A new committee has formed to prevent more improper payments.

Veteran suicides – Twenty veterans a day commit suicide. “That should be unacceptable to all of us,” Shulkin said. “This is a national public health crisis.” He has overseen emergency medical services to those who were dishonorably discharged and is implementing the Getting to Zero initiative.

Shulkin said the VA has received plenty of support from the White House as it begins the reform process.

Trump has been “extremely engaged” in fixing the VA, the secretary said, adding that he and his administration have made themselves "fully available."

“They are impatient and anxious for us to get on with this.”