Hillary on Getting Through Election Loss: 'Chardonnay Helped' 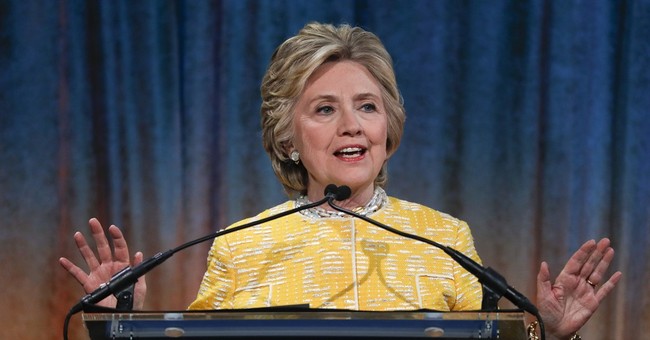 Hillary Clinton gave the commencement address at her alma mater, Wellesley College, Friday and weighed in on how she is coping with losing the 2016 election to Donald Trump.

"You may have heard that things didn't exactly go the way I planned," she told the graduates, who couldn’t help laughing.

"But you know what, I'm doing OK," she said, explaining that she has been coping by spending time with her family, walking in the woods, and organizing her closets.

"I won't lie, chardonnay helped a little too," she added.

A few days after her election loss, Clinton was spotted walking in the woods with her husband, former President Bill Clinton, near their home in Chappaqua, NY. She eventually stepped back into the spotlight, even ranting against "fake news," only to have it horribly backfire as President Trump and his fanbase have used it skewer the mainstream media.

Trump ended November 8 with 304 electoral votes to Clinton’s 232. Of course, Clinton and her supporters like to remind everyone that she “won” the popular vote by 3 million. “The View’s” Joy Behar mentioned the number again Thursday, noting that she likes to repeat it because it “annoys” Trump.

During her Wellesley speech, Clinton also took the opportunity to skewer a number of Trump’s policies, concluding he and his cabinet are engaging in an “assault on truth and reason.”

To paraphrase, Trump’s immigration order is stirring up fear about the Muslim faith, his budget will hurt the poor, and he is dividing the country, rather than uniting it.

Lacking in Clinton’s speech was her advice for graduates.