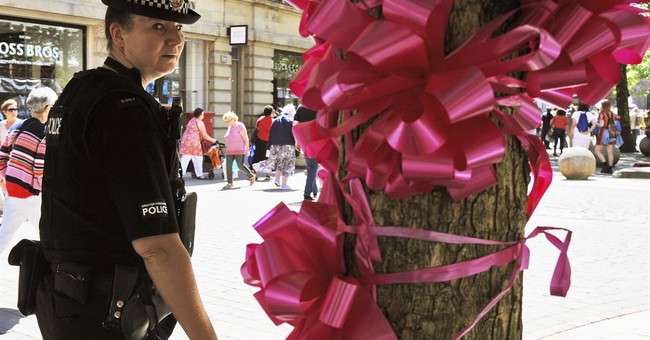 A second bomb may be on the loose in Manchester, England following Monday’s suicide attack at an Ariana Grande concert. The bombing killed 22 people, 10 of whom are children, and injured dozens more.

Authorities have reason to suspect another bomb after discovering a bomb-making workshop in 22-year-old Salman Abedi’s home, the terrorist who launched Monday’s attack. The police are also still searching for more of Abedi’s potential accomplices.

Still, it was unclear whether a second person might have helped Abedi make the bomb. Materials gathered from the scene illustrated an explosive device that was carefully constructed to cause a deadly impact, according to photos first obtained by The New York Times. The complexity led officials to believe there was a second bomb-maker.

A few arrests have already been made, including those of Abedi’s father and brothers, who were found to have reported ties to Al Qaeda and the Islamic State. A total of eight men are now in custody.

The British Transport Police took an historic step Thursday by sending armed patrol to monitor trains across the UK in wake of Monday's carnage.