Obama: It Was Courageous of Me Not to Bomb Syria 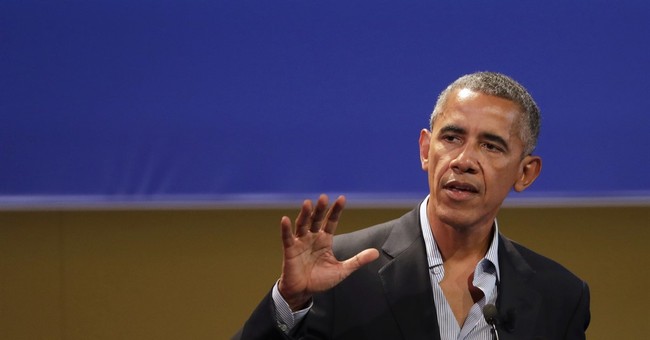 While just about everyone criticized President Obama for backtracking on his "red line" warning in Syria back in 2012, he is now patting himself on the back for the decision.

“I actually think that the issue that required the most political courage was the decision not to bomb Syria,” the president said before receiving the John F. Kennedy Profiles in Courage Award last week.

His remark was part of a larger conversation with Jack Schlossberg, grandson of former President John F. Kennedy.

JACK SCHLOSSBERG: You’re receiving an award for your political courage, which you demonstrated in many different ways. I was wondering which issues you thought during your presidency demanded of you the most courage?

BARACK OBAMA: Well, the hardest issue that I dealt with was always sending our young men and women into harm’s way, our troops. And so the first time I decided that we needed more troops in Afghanistan, I made a presentation at West Point. And seeing people younger than you and knowing that many of them would be in a really dangerous situation, that was tough. But I actually think that the issue that required the most political courage was the decision not to bomb Syria after the chemical weapons use had been publicized and rather to negotiate them removing chemical weapons from Syria.

Pundits were quick to question Obama's judgment, sharing images from a new disturbing report that the Assad regime concealed their mass killings in crematoriums. If Obama had acted decisively after Assad's first chemical attack, could we have prevented these senseless deaths?

Just a few days after learning that Syria gassed citizens yet again in early April, President Trump had a much different response than his predecessor. He authorized the launch of Tomahawk missiles to target the Syrian airfield that released the chemical weapons.