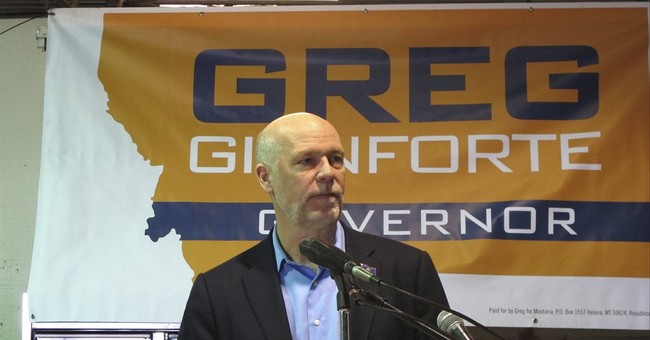 Republicans have managed to hold off Democratic challenges in the Kansas and Georgia special elections. The minority party is now setting its sights on Montana, where they are looking to take advantage of the seat left by Ryan Zinke, who is now the White House secretary of the interior. GOP candidate Greg Gianforte is confident that the Democrats are going to come up short yet again.

Gianforte contrasted himself with his Democratic opponent Rob Quist in a Fox News interview Monday, casting his opponent as too extreme. Quist, he said, is so soft on illegal immigration that he wants to make America a “sanctuary country.”

Gianforte has also referred to Quist as “Nancy Pelosi in a cowboy hat.”

Donald Trump, Jr. stumped for Gianforte over the weekend, urging voters not to be complacent.

“We can’t sit back on the victories we have,” Trump said. “We have to get back and get out there and show them that this is not a one time trend.”

Gianforte is not all that worried about the contest, slated for May 25.

“The Trump Train is still chugging in Montana,” he said.