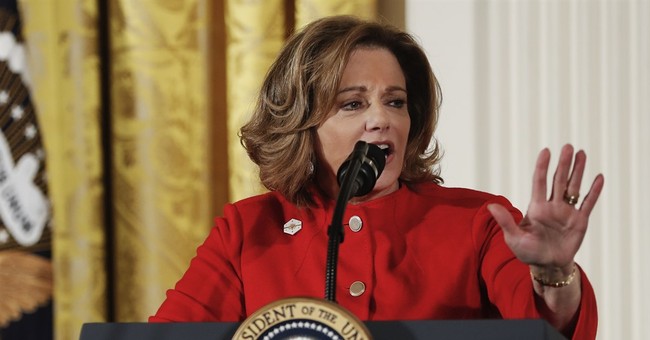 K. T. McFarland will be stepping down as White House Deputy National Security Adviser, the Wall Street Journal is reporting. McFarland, who before joining the Trump administration served as a Fox News contributor, has instead been asked to serve as ambassador to Singapore.

Trump's national security team has been a source of controversy since February, when then-National Security Adviser Michael Flynn was found to have misled the White House about his conversations with Russia. He was eventually pressured to resign and has since been replaced by Lt. Gen. H.R. McMaster.

Then, this past week, White House Chief Advisor Stephen Brannon was removed from the National Security Council principals committee. In a statement, Bannon explained that he had fulfilled his goal of "de-operationalizing" the NSC after the Obama administration. Others outlets reported that Bannon was placed on the NSC to keep an eye on Flynn.