Trump Reaches Out to Moderate Dem, He Refuses to Meet 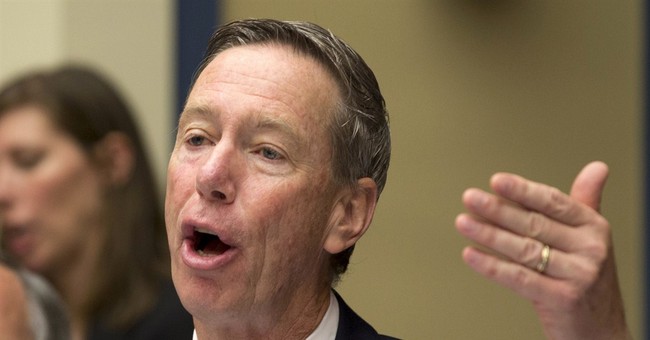 President Trump indicated last week, soon after Republicans failed to take up the American Health Care Act, that he'd be reaching out to Democrats to pursue health care reform, etc. He got the ball rolling on Wednesday, inviting moderate Democrat Stephen F. Lynch (MA) to the White House. Yet, the congressman did not accept, offering this blunt explanation to the Boston Globe.

“I was asked if I would be interested in going over to the White House for a meeting,” Lynch said in a statement to the Globe. “They said they were looking for ‘moderate’ Democrats – which I am. But under the circumstances I felt like they were trying to divide our party so I declined the invitation.”

“My feeling is that the Trump White House has taken a ‘scorched earth’ approach so far,” he added. “I am usually someone who looks for middle ground, but Mr. Trump’s opening position, especially as reflected in his budget, has been so extreme that there is no middle ground. It’s a non-starter for me.”

At least he tried?

Other Democrats have been able to at least stomach a conversation with the president. Rep. Elijah Cummings (D-MD) met with Trump earlier this month and even found common ground with him regarding the need to bring down drug prices.

Lynch was one of several Democrats who received a formal invitation to meet with Trump. We'll see if others follow his lead and check the "Not Interested" box.

It was a tense election cycle and Democrats are still bitter about the result, but is refusing to step foot near the White House really beneficial to the country?

Australia Is A Mess, But Who Cares?
Townhall
'Are you kidding me with this?': MSNBC assembled quite the panel to discuss the hostage situation at Texas synagogue
Twitchy
HOT TAKES: Glenn Youngkin’s Take-Charge Snowstorm Response Triggers Hurt Feelings on the Left
Redstate
Street Artists on Both Coasts Take Aim at COVID Authoritarianism and the Lefties Can't Cope
PJ Media